In the Japanese version, there's a cheat to unlock Testament, Justice and Baiken by holding Square + Down + L1 + R2 when booting the game. In the western versions, this cheat will instead unlock a harder story mode.

The European version of the game is stuck using the Frame Skip match begin/end text no matter if its turned on or not, compared to the US and Japanese versions having the flashier text.

The European version also removes all winquotes in Arcade mode as well as the pre and post-fight dialogue against Testament, although the arcade endings remain untouched.

If you finish the game with Sol or Ky without using a continue, you'll face Baiken (debuting as a hidden boss) after the credits. If you defeat her, you'll receive a congratulations screen. However, that screen will only appear in the Japanese and European versions. In the US version, you hear the sounds that scene normally makes and even the white flash of when the image should appear on-screen. However, no graphic will show up and you'll just see a black screen. 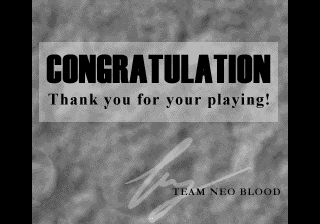