Activision and Konami had been working together to make sure that the former didn't stomp all over the latter's music game patents, so it made sense to join forces and bring the then-super-popular Guitar Hero series to the arcade.

Guitar Hero Arcade is a direct port of Guitar Hero III: Legends of Rock with a selection of fifth tracks from that game's main setlist, bonus tracks and DLC, along with some minor arcade-centric changes like "premium songs" that cost two credits to play instead of one.

When you enable Debug Mode by altering settings.cfg, you get a menu just like Guitar Hero III: Legends of Rock with a few minor changes to it: 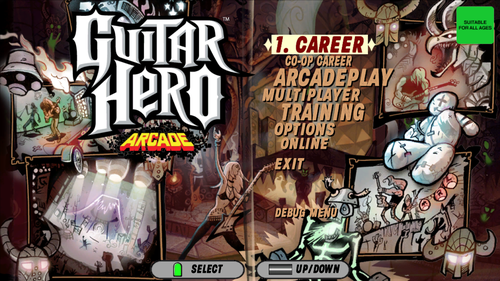 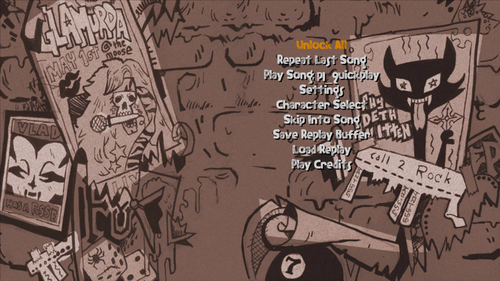 Once inside the Debug Menu, the options you will get on this screen are for testing models, songs, and unlocking all the songs.

Pretty interesting on its own. You have three options when you go inside of this menu, you are presented with the following options: 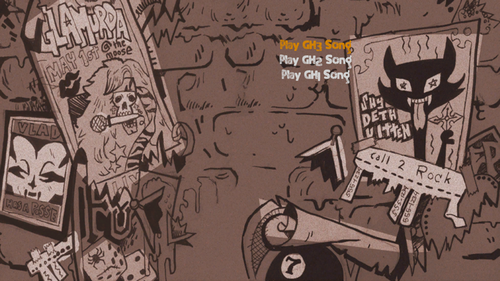 Entering Play GH3 Song will let you play every single song the game has to offer, even if they are not listed in the actual song list. Attempting to enter Play GH2 Song and Play GH1 Song will do nothing. 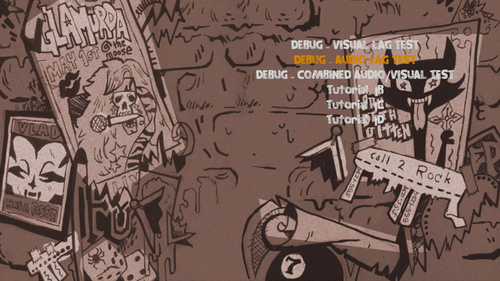 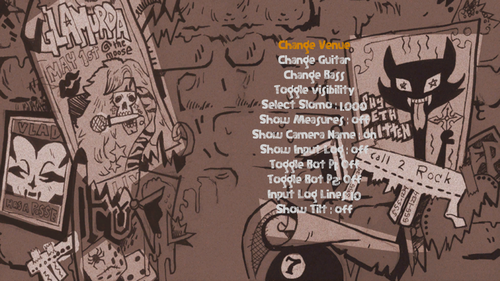 In this menu you have some Options to turn on and off plus a model viewer to view the Guitarist (Partially working).

Changes the image to the main stage with the band in the front. There are three hidden stages, documented below.

Training Mode is missing graphics and the Career Mode only partially works. 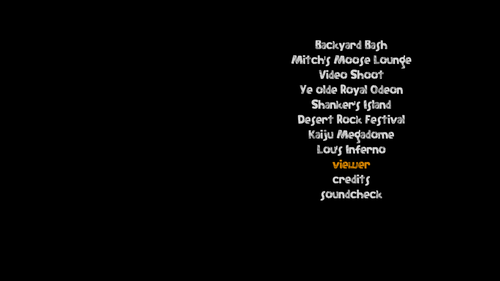 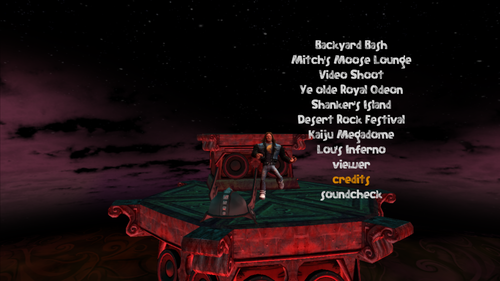 Used to play "Through the Fire and Flames" on console versions. 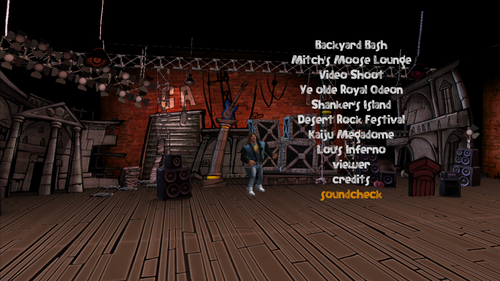 Used to play the Training Mode on console versions.

Both of these are basic tests for checking how delayed the inputs are; the latter of which has a simple drum track to sync to.

Through the Fire and Flames

This song is selectable in the debug menu. Despite the song never showing up on the actual arcade list, it still has a BEGINNER chart in the game. If a BEGINNER chart has not been made for the song it automatically uses the EASY chart for the song. Even though you picked BEGINNER you still need to strum.