Gun & Frontier is a shooter with a strange story about a 22nd century gold rush in space. Space pirates get involved, as they so often do, and it's up to the player and possibly the player's friend to stop them. 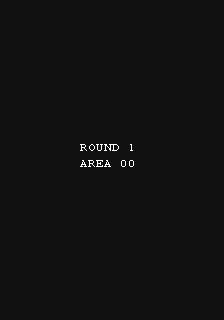 Does this earlier '90s Taito game feature the Taito Code? Indeed it does:

A stage select menu should pop up after starting a new game. Press 1P Up/Down to change the round and 1P Button 1 to start a new game. There's no code in the game to control the "Area" portion of this menu, so it's a bit odd that it's even listed. 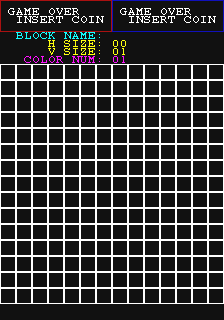 Place the following cheat in MAME's gunfront.xml cheat file to access a debug function after the game boots:

The user can press 1P Left/Right to change the color number, but it doesn't seem to do anything. There doesn't seem to be a way to load an actual object on this object test menu. 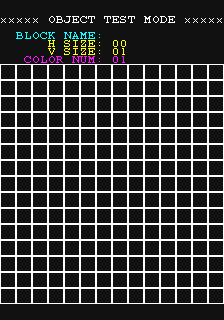 There's a header for this menu that's never seen -- it's quickly overwritten by the HUD.

The character graphics ROM still has the work-in-progress name for Battle Shark, for some reason. Sensuikan still means submarine!

Most of the standard 68000 exception vectors have entries in the exception vector table, but they all point to ROM space 0x0F00000. That ROM space might have been used by development hardware while the game was still being tested, but it's empty in the final game. This is identical to the dummied-out handlers in Battle Shark.