Harry Potter and the Prisoner of Azkaban (Windows)

From The Cutting Room Floor
Jump to navigation Jump to search
This page contains changes which are not marked for translation.
Other languages:
English • ‎français

The third entry in the fantastic wizarding world of Harry Potter. It introduced the ability to play as Ron and Hermione, as well as other spells and collectibles. The massive amount of unused content indicates that it was more similar to the console variations at some point.

This is where most NPCs and playable characters are. They have the most complex animations.

It should be noted that Ron and Hermione share all of Harry's animations, but they will not be uploaded, since they're exactly the same. There are animations for falling at different heights, finding spells, checking wardrobes, etc.

This package contains all other characters and enemies, most of which are used in cutscenes.

This is a generic prefab package from the Unreal 2 devkit.

There are unused spells in the game. Some are actually used by enemies, but can be casted from the wand. This video showcases most of them.

Additional features for testing purposes can be re-enabled by editing the hppoa.ini config file: find the following lines in the file and switch "bDebugMode=False" to "bDebugMode=True". 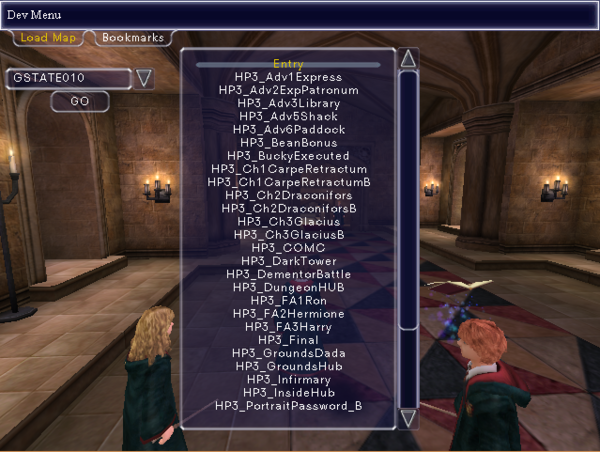 The file is usually located in "/../Documents/Harry Potter and the Prisoner of Azkaban".

Once the debug code is activated, press one of the following keys during gameplay to activate the corresponding debug function:

There are also a few console commands to edit certain key values, where X is any number between 1 and 9999999:

If the F2 key is pressed while debugging is active, a menu with tabs related to different features appears. 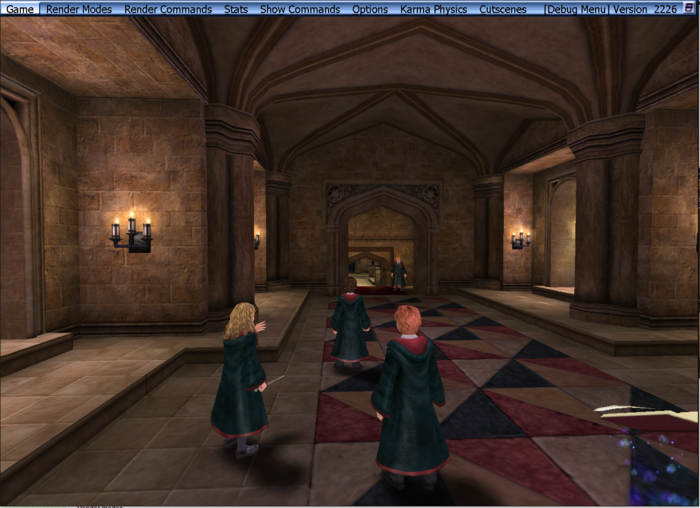 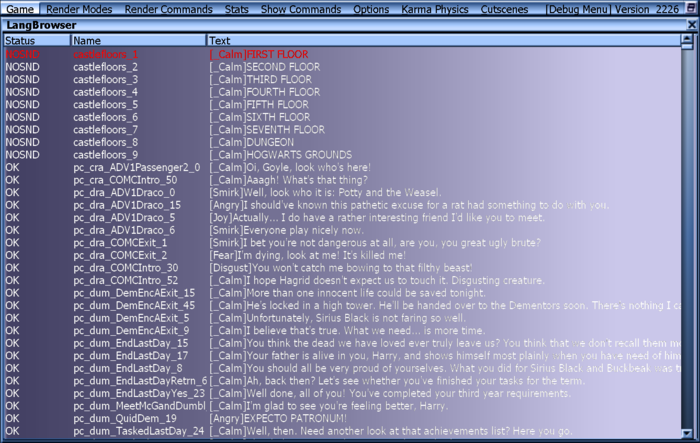 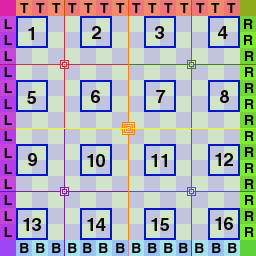 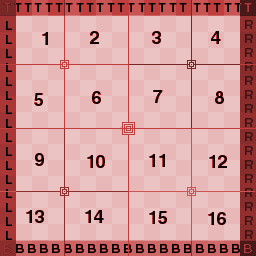 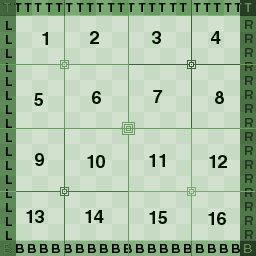 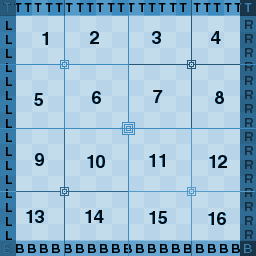 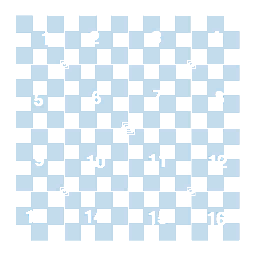 Everyone's favorite flavors of texture guides return for a third time. The blue guide appears three times under a few different names and the one at the end is new.

Brick textures with a white box and text displaying the file name.

A bunch of textures with "Placeholder" slapped onto them.

Placeholder signs for levels that were still a work in progress.

A few models, though there aren't a whole lot like the previous games. 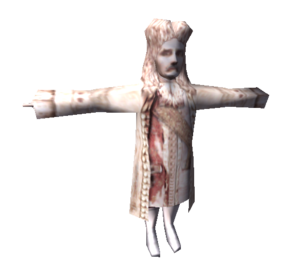 The Bloody Baron's model was ripped straight from Sorcerer's Stone in all of his Unreal 1 low poly count. 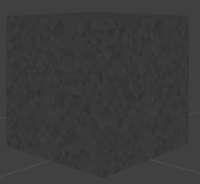 A very simple untextured box from the UE2 prefabs. 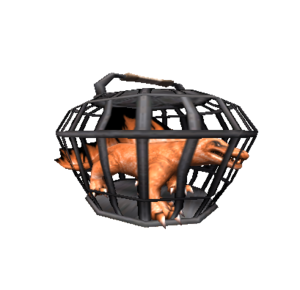 These were likely supposed to be placed in the "Animal luggage" section of the first level with the snakes and spiders.

The Carpe Retractum pillars are used, but because of the effect, the sphere is never seen. 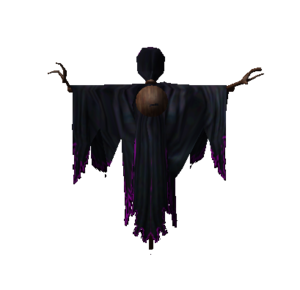 This wooden replica of a Dementor was probably used in the patronus lesson, but for some reason they swapped it for a simple target. 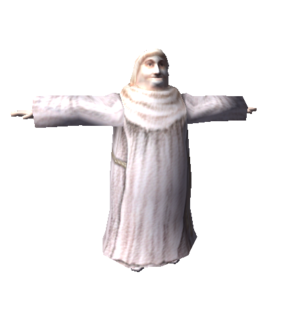 The fat friar, the ghost of the Hufflepuff house, was also ported from Unreal 1. 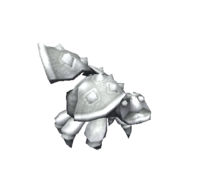 This statue is similar to the rabbit and dragon statues from the Lapifors/Draconifors challenge. Hmmm... 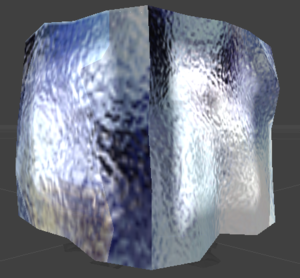 An ice block that can melt and freeze. 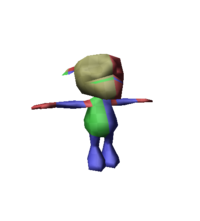 The Gnome used in the previous games was supposed to be used, but they got replaced with imps from Chamber of Secrets for some unknown reason. It has no textures at all in this game.

Like both of the other house ghosts, Nearly Headless Nick was also ported straight from the 1st game. 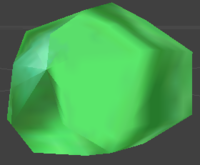 A blob made out of ectoplasm. An unused spell projects this model forward.

A simple vase, which could've been placed anywhere.

This video shows the forgotten walking feature in the game. 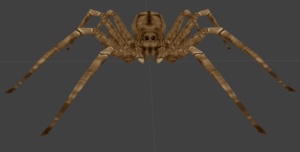 Aragog uses the same model from Chamber of Secrets and all his animations are present. He is only seen in a cage in the Dementor lesson level, downscaled to the size of a normal spider, motionless. 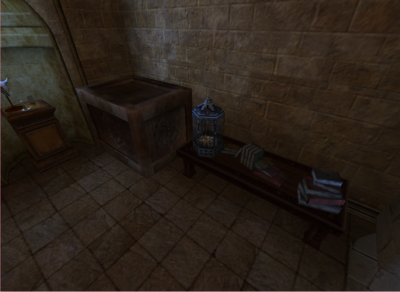 Here is where he can be seen.

Interestingly, some tracks have www.soundrangers.com in their header, which is a royalty-free music server...

The used track for the bean bonus room is called beanbonus_introcutscene and never changes. It borrows a few tracks from the previous games.

This looping track is unused in Sorcerer's Stone and also goes unused here.

This orchestral piece is similar to the theme heard in the credits, but with a few subtle differences such as missing instruments. There is also an 11 second variation called CUE5_hogwarts_intro_11_sec.

Begins exactly like the previous entry, except that it blends the introduction cutscene's music piece (called he_intro01) at the end.

This short melodic track is used in the GameCube/Xbox/PS2 version of Sorcerer's Stone when Harry enters the room with Fluffy (alongside the flute heard in the PC game). How it was supposed to be used here remains a mystery, but since drac stands for "Draconfors", it was probably intended for that respective challenge.

A suspenseful cue in the shack.

This seems a bit odd since there are no spiders in the book, film or game, but this suggests that a spider was supposed to drop from somewhere in the Shrieking Shack. Used in the PS2 version of Chamber of Secrets when Harry has to fight through spiders in the Forbidden Forest to get to Aragog.

An orchestrated version of the menu theme from Chamber of Secrets, used in that game for Dumbledore's office.

A short happy fanfare. Used in the console versions.

The KnowWonder logo intro is not present in any Harry Potter game, but it can still be found in the game's files.

The game uses static load screens, so this is never used. A lower quality version also exists under the name "HourGlassBac".