Harry Potter and the Sorcerer's Stone is a turn-based RPG based on the novel (during the same time as the film adaptation has been made). You have found a Famous Witches and Wizards Card!

See also Harry Potter and the Chamber of Secrets.

Set $FFD2 to $44 to enter the CHEAT menu, which lets you warp to any map in the game (unfortunately, there are no unused ones). The button combination Up + A + B + Select held for 32 frames in the overworld would have activated this menu, but the code is skipped over. It's located at $00:$17b3.

The menu can also be accessed with GameShark code 0144D2FF. Note that the code must be disabled once inside the menu in order for it to function properly.

There is also a CHEAT menu containing a sound test functioning like the one in the sequel. The code for it follows the code for the regular cheat menu, with the init routine being at 01:4d5f.

There is an unused intro screen of the developer, KnowWonder. To trigger it, set $FFD2 to $02. 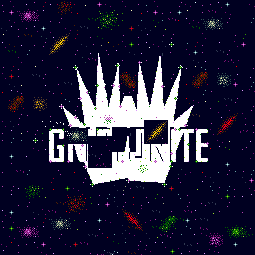 There is an unused and partly drawn over logo of the developer, Griptonite Games, hidden on the starfield of the telescope. The logo is the same color as the dark blue background, so it cannot be seen; the palette has been adjusted to make it white. It seems that at some point, the stars and galaxies were moved around, making the logo partly corrupt. There doesn't appear to be a way to make the logo appear.

Star Chart may have been related to the Astronomy Tower quest.

Spellbook was intended to hold spells you learn throughout the game. This is supported by a line used in the game: "I'm awarding 25 house points to Gryffindor, and you'll find a new spell transcribed into your spellbook."

Parchment, Notebook, The Daily Prophet, and Hagrid's Umbrella are all unused.

Broomstick Care Kit suggests that brooms were originally going to play a much larger role in the game. Although there are four flying minigames in total, the only one that yields a broom as an item is the Flying Key minigame (Comet 260).

The Ordinary Broom, Nimbus 2000, and the Shooting Star go unused. Ultimately, the broom shop in Diagon Alley never sells anything to Harry. The script in the room of the final dungeon with the flying key checks for the presence of the unobtainable Nimbus 2000.

The Luminous Balloons and the Grow Your Own Warts Kit are intended to come from the Holiday Popper. This is indicated in chapter 12 of the novel. Luminous Balloons are seen in Sorcerer's Stone and Chamber of Secrets on other consoles - they are primarily used to distract people.

Dustpan, Sickles and Healing Sparkle are never inventory items. Dustpan is seen as a sprite in the broom closet by the Great Hall, and Sickles & Healing Sparkle (Revive) are only seen as dialogue icons in the game.

This is an unused song from the game. Could have possibly been used for one of the quest completed screens.

There are four countdown variables, offset by $40 and decremented by two every frame only in the Armor Gallery. They do not appear to be used by any other code. The static holes in the ground may be related to these variables, possibly having been intended to work as spikes or similar.

The script for Snape during the Potions class is broken. After Harry fails to bring the necessary items once, Snape will not speak to Harry until he collects them all. However, there is code for three more consecutive failure scenarios:

Incomplete. One point deduction. You're letting down your friend Mr. Longbottom.
Too few ingredients, Potter. Back to your search.
Your friend couldn't wait and had to go to the Infirmary. Poor work, Mr. Potter. 5 points from Gryffindor. Class dismissed.

The code is buggy and jumps over these.

Moreover, the game contains an unused copy of the Snape script. It contains the same bug and is possibly an early version, as it has some further differences:

The Folio Brevis is a book for Harry to temporarily store Famous Witches and Wizards Cards he finds in his adventures. You can then go to the Folio Magi (probably stored in the Wizard Card Collector's Club), where you can deposit and view all collected Wizard Cards. Because there is no mention of the Folio Triplicus, it's very possible that the Brevis was cut early in development. An icon for the Brevis may not exist at all.

You cannot pickup any more cards as your Folio Brevis is full!

Before I go, you'll be wantin' these. All the students at Hogwarts are keen on Famous Witches and Wizards Cards. These Folios are where yeh store the cards. Yeh carry the Folio Brevis around with yeh, but the Folio Magi, yer main album, is too big to carry aroun'. Yours is already at Hogwarts waiting for yeh, but yeh can still look at it now. Yeh jus' can't put your cards in it yet.

Harry was intended to lose House Points for disturbing classes. This feature was most likely cut due to the lack of opportunities Harry has to gain House Points. Instead of full classes for Harry to interrupt, they are simply left empty, with magical encounters enabled. Messages from teachers taking away house points are scattered throughout the various classes Harry attends.

Don't walk in on classes that are in session. Most of the teachers take away house points if you interrupt them.

You're interrupting a class! That's a 5 House Point penalty on Gryffindor!

... during the wildcat Gargoyle Strike of 1911, the wildcats were winning when...

5 House Point penalty, Mr. Potter, for landing on my field!

Harry, you startled me! But I won't deduct extra house points, just the usual 5 for interrupting.

Always an honor to have you drop by my class. Sorry about the 5 point penalty for interrupting it.

NOTE: When a message references @1 Sickles/Magic Points/Stamina Points, @1 is a variable number.

You don't have enough Spell Points to cast this spell!

You will be collecting the Gryffindor Deck!

You will be collecting the Ravenclaw Deck!

You will be collecting the Slytherin Deck!

You will be collecting the Hufflepuff Deck!

Do we have a deal?

Madam Malkin's Robes for All Occasions

Does that suit you?

The mirror by the door to the hospital wing is supposed to lead somewhere.

My dad told me there used to be a secret passage behind the mirror in the corner of this hall.

I need to sell these books back to you.

Oh dear. I am afraid we can only give you 123 Sickles back for them.

Did you decide on those books?

Good thing for Malfoy that I wasn't here! Drink this Wiggenweld Potion, it will take care of your wounds.

The Hogwarts Dungeons (After Sailing Across the Lake)

Step lively, I don't want to have go back for stragglers.

I was worried about you, Harry.

We'll be there soon...if everyone stays together.

Hurry into the Great Hall or you won't get sorted!

No time to talk, I have to go get sorted.

There's nothing to do out here. All the action is in the Great Hall.

Already in last place, if I'm not mistaken.

You'd better find it before lights out, Potter.

I know mine, but not yours.

There's supposed to be a box of confiscated items in the teachers' common room. I bet there's some pretty nice stuff in there.

Mr. Filch, the caretaker reminds you all that no magic should be used in school corridors between classes. Violators are subject to House Point penalties. The forest on the grounds is forbidden to all students at all times. The third-floor corridor on the right-hand side is out of bounds to everyone who does not wish to die a very painful death. Signed, Albus Dumbledore

Harry Searching for the Potions Classroom

"Potion Prices Slip, May Be Headed For The Dungeons"

You have a long way to go.

You! Why aren't you in class?

It's in the dungeons! Even a first year should know that!

You won't find what you are looking for in here, Mr. Potter.

I thought I saw some on the eagle-headed lion things on the second floor.

What are between the griffin's paws? These must be snake fangs. I hope they're the right kind.

Your friend couldn't wait and had to go to the hospital wing. Poor work, Mr. Potter. 5 points from Gryffindor. Class dismissed.

You won't find the c-c-counter-curse in here, Harry!

I told you this would happen.

You ARE a curse, Potter, and I WISH I knew how to remove you.

Expose it to moonlight. No, wait, that's how you remove warts.

Yes, sniffle snort. Peeves just cast a spell on me and made me sick.

He makes everyone sick. It sounds like a curse to me. You should see Professor Quirrell on the third floor. He's the curse expert here.

Ah, that feels better. I think I can remember this spell, too.

Do you know a good place to find herbs on the school grounds?

Look hard for unusual tufts of grass. They're like magnets for herbs and other potion ingredients. Just make sure to have your dragonhide gloves on if you pick them. Some herbs can hurt a little.

No, Harry was first and got a special reward.

Well, do I get something for being second?

Well, since you know so much about Herbology, you should do an excellent job weeding the garden. Won't that be fun?

I hope I'm not allergic to any of these herbs.

Top knotch! Are you sure you haven't levitated feathers before? 10 house points for a job well done!

Hurry along, Harry. If you're late, you may lose those house points you just earned.

No reason to stay once class is over. There's more to learn elsewhere.

The rabbit isn't in here, Harry! Please hurry and find it!

No. Maybe you could find one if you had a purple carrot.

Where on earth have you all been?

Looking for Hermione (Troll on the First Floor)

Nothing up there to see, Harry. All the fun is down here!

I thought I saw her by the broom cupboard.

Her nose is probably in a book, but I don't know where the rest of her is.

Maybe she's with Neville's toad and they're both lost.

Let's talk to her when she comes back.

I haven't seen him. I know he likes to hide things behind locked doors, though.

Peeves! His kind give haunting a bad name. I haven't seen him lately, though.

I haven't seen him or your package. I hope there wasn't anything good to eat in it.

Professor McGonagall says that Dumbledore is in London.

Maybe he's in the Great Hall practicing his end-of-year speech.

Anywhere he pleases, I suspect.

I haven't seen him in days.

Maybe Neville Longbottom has him looking for his toad.

I saw him having a whispered conversation with McGonagall. Ask her.

I've heard he likes to surf in the lake. Or was that Filch?

Well, he's certainly not up here.

I haven't seen him today.

No, I haven't seen him all day.

Do you know where we can find Dumbledore, professor.

I didn't bring it! We have to go back!

Darn, I missed the key! I'm going to have to try again!

A Wiggenweld Potion! I'm glad he didn't have the chance to use it!