Hasslevania: The Quest For Shuteye

Hasslevania: The Quest For Shuteye is a freeware PC game that satirizes the Castlevania series while trying to not look like just some lame knockoff of it. It's a lengthy, funny, and hard adventure about Rovert Bellhump, who finds it hard to sleep with all the noise his neighbor Dracula is making, so he decides to invade his castle to tell him to stop. 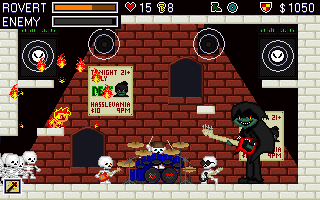 Earlier in the game's development, each weapon was supposed to have a special magic attack, but this feature was removed because of glitches caused by them. Magic spells were also originally added to make skill hearts more useful and not just for throwing holy craps and high jumping. The above screenshot shows Rovert using the Fire Wave spell against Deaf and rock band Crush in Version 1's beta. 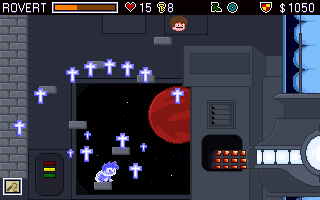 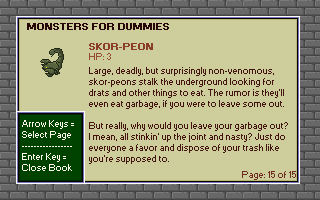 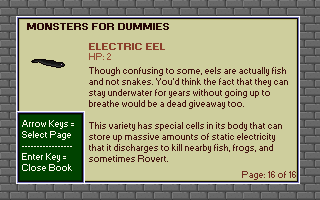 At the GameFAQs development thread of the game, the developer mentioned having an "elevator remix" of Vampire Killer, the main theme of the Castlevania series, play during the Skelevator area. However, to avoid the possibility that Konami would kick his ass, he left the song out.

There are three versions of the game (newest is 3), plus a beta sent to testers. The revisions corrected bugs, made it so high jumping costs less MP and added some details to the scenery.

All spoken by Drac. Note that the mop portion of the second line was cut out.

More specifically, riding past Alucart's for the First Time.

...and how Chris wound up in the museum's jail.