Insaniquarium looks at first glance to be a virtual aquarium. Being a PopCap game, it's much more than that (and considerably more interesting).

Typing the following codes will cause various aspects of the game to change.

TITLE - Seems to be disabled. What it would have done is unknown.

TIME - Displays the time elapsed in the lower right corner of the tank, which isn't displayed at all normally, probably because it has no effect on gameplay and is pretty much pointless. Typing the code again will turn it off.

ZOMBIE - Living fish look dead. Typing the code again will turn it off.

SPACE - Changes the background to an outer space background. Typing the code again will turn it off. 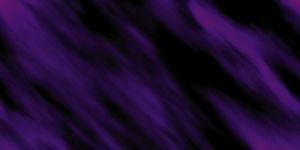 The "SPACE" background. The stars are added in-game.

VOID - Changes the background to a solid white background. Typing the code again will turn it off.

WELOVEBETATESTERS - Changes Prego's birth sound to what could be an early version of the sound. Typing the code again or typing PREGO will turn the code off.

WAVY - Background will become wavy making it appear like it's being reflected through a water tank. Typing the code again will turn it off.

GIVE - Allows you to give shells to another user. This can only be typed on the main menu. 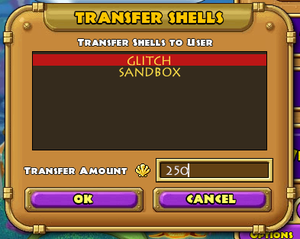 B - Briefly displays bubbles in your tank.

Several command-line parameters enable an otherwise unused feature. Guess what it is.

-demofile - Specifies the filename for the played or recorded demo and only works when used with the "-play" or "-record" command line parameters (see below). The correct syntax for this parameter is "-demofile=MyDemo.dmo" (minus the quotes), substituting "MyDemo.dmo" with your demo filename of choice (either a previously recorded demo to play, or a filename to save a new demo that you wish to record).

-play - Starts Insaniquarium in windowed mode and then plays a previously recorded demo file. If no demo filename is specified using the "-demofile" command line parameter (see above), the game attempts to load "Popcap.dmo" and will display an error if it can't.

-playnum - Starts Insaniquarium in windowed mode and plays the last sequentially named demo that was previously recorded using the "-recnum" parameter (see below).

-recnum - Records sequentially named demos each time you run the game. The filenames of the saved demos are "Popcap1.dmo", "Popcap2.dmo", "Popcap3.dmo", etc., with "Popcap" being replaced with the specified file name (see above).

-record - Records and saves a demo file with the filename of "Popcap.dmo". Again, the filename can be changed with "-demofile".

The file "Lullaby.mo3" contains the ending credits theme of the game. Patterns 15-30 contain the music itself. However, although not used by the sequence data, patterns 0 to 14 do exist, and they contain an earlier version of the credits theme, which is faster than the final and is arranged much differently, even incorporating drums. Sadly, it does not seem to reference any samples, however, the audio file above is a restoration, using samples from the final, and generic drum samples.

Early explanation dialog for the Starcatchers. It seems that at one point in development they would eat coins instead of stars.

A file path to a Windows sound. Apparently the sound for enabling debug keys.

Text leftover from the beta testing period of the game's development.

Version 1.1 contains an option to check for updates, not present in 1.0 and the Steam release. As there are no versions of this game after 1.1, this option is mostly useless.

The title screen in version 1.0 has a lot of differences from 1.1. Most notably, the placement of the logos varies based on how the game was distributed, whereas in 1.1 they are always the same. The RealArcade logo has been removed due to the RealArcade platform merging with GameHouse as of November 13, 2009. The PopCap logo in 1.1 is also more modern than in 1.0, and there is a trademark symbol next to the Insaniquarium logo that is not present in 1.0.