The Test Scene is naturally Trespasser's own little test ground the developers made to test out physics, guns, and other objects in the game. It's also home to a lot of cut content from the main game and it also has the head of a friend of one of the developers in it for some strange reason.

Two voice-overs from Anne that cannot be heard anywhere else play in this Test Level. However, chances are they weren't intended for the Test Scene and were just put in to test voice-over triggers to make sure things were working properly during development. 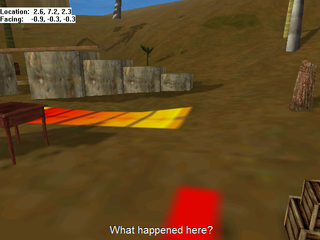 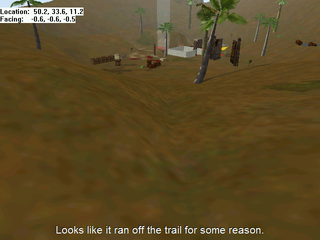 Trashed Objects from the Main Game

As mentioned earlier, a large number of objects from the main game that were dropped during development were placed in this test level for whatever reason. Below are the different objects that can be found in the Test Scene. 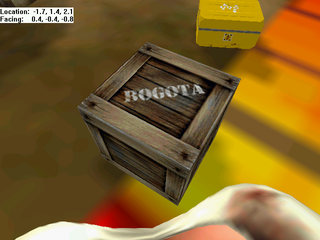 This crate originally accompanied the rather iconic (for Trespasser anyway) Smugglers' Plane. As can probably be guessed, it's a drug bundle crate. As for why the crates were removed, it's anyone's guess. 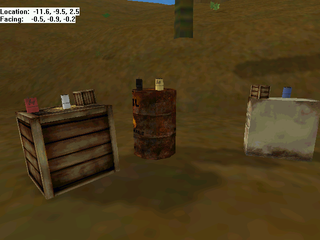 These capacitors were originally intended for a scrapped puzzle in the Lab level. The actual puzzle's location still exists. It is covered up by a metal panel and is right next to the Cray Vault. The puzzle was probably disabled due to bugs or other complications. This happened sometime between prototype builds 55 and 96, making the removal of this puzzle quite old. (More info on this on the Lab level's page.) 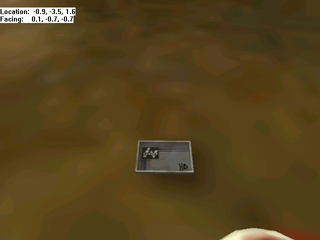 This rather large keycard is different from the ones used to open doors in the Town and Lab levels of the final. This keycard, among a few others with other initials on them, can be found in two early versions of the town level from June 1998. Also, worth noting is that physics data for these keycards can still be found in the final version of IT. (More on that in the IT subpage.) 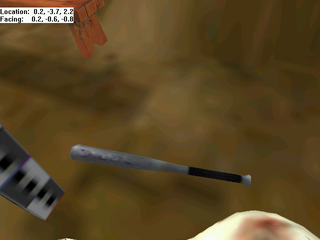 This special baseball bat was supposed to apparently appear in the InGen Town on the scrapped baseball diamond. The bat and baseball diamond can be heard, mentioned in a prerelease interview with Seamus Blackley, the game's Executive Producer to the right. 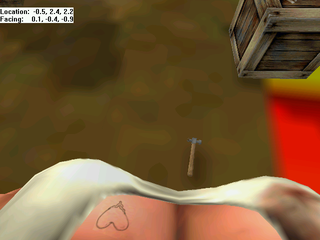 This tiny hammer is well... a tiny hammer. It's not used in the game and the actual original use isn't known at this time. As an off note, it's not a great melee weapon due to its size.

In addition to a host of unused items, the Test Scene also has many features for testing various aspects of the game. The shooting ranges with every weapon from the game are just one example. Here are the others though:

These buttons have triggers over them that allow Anne to out stretch her arm and use them. The Raptor Summon option will summon a raptor for the player to test the guns nearby out on, which can be done as much as the player wants. The Music button doesn't really seem to do anything. 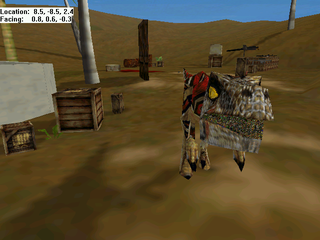 Also worth noting is the raptor that the raptor summon button summons. Until injured, it will use the bool ActSniff = True command and walk up to the player sniffing them and not attacking, similar to the two raptors in Industrial Jungle. When injured, it will attack the player, but will also continue using its ActSniff command when at a distance. On another note, there's a pallete bug with this guy's mouth. 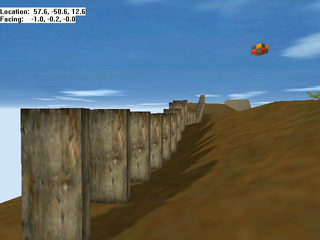 As the name implies, it's a little place to test out the physics of objects knocking over other objects. 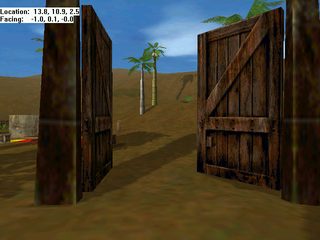 This gate can be walked around, but it is a duplicate of the gate found at the end of the Beach level and the beginning of Jungle Road. It was probably used to test the hinge magnet objects of larger doors.

A couple of other things in the level worth noting. 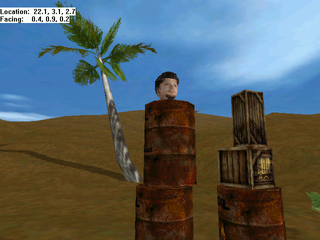 This head is in the Test Scene's target range near the raptor spawn button. When shot, it spurts out blood particles. This object is found nowhere else in the game. This head turns out to be the head of a friend of artist Lonnie Kraatz. Interestingly, the head is absent from Build 96's version of the Test Scene, indicating it was added to the level sometime afterwards. 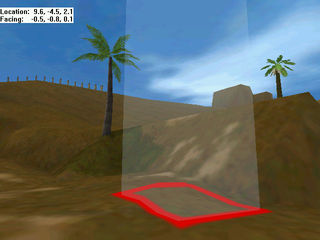 This light object was probably used to see how well angled sunlight from inside structures works. Too bad it was never used. The light object can be seen in a few pre-release screenshots.