The harbor area that opens The Lab was originally the end of a scrapped level called Shores. Other parts of Shores were merged with Pine Valley, which was also scrapped and partially merged with The Lab. 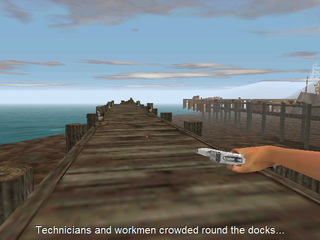 The trigger for this voice-over here is placed too high. The only way to activate it is to use the TELE cheat and going to the coordinates 1183,1591,21. 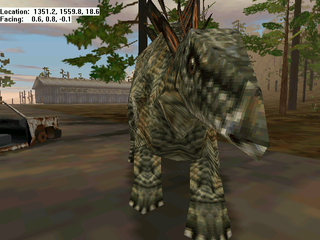 Another dinosaur whose emotions are still active. It will follow Anne around and sniff her until it takes damage, then it turns aggressive obviously. 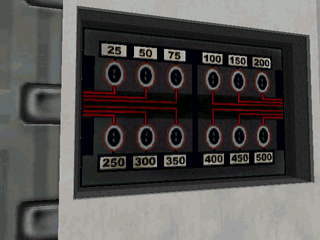 This unused capacitor puzzle is found next to the Cray vault. Normally, it's covered up by a metal panel that cannot be removed. Presumably, the player was originally supposed to use this Capacitor puzzle to reactivate the power to the Cray Vault scanner. These capacitors can also be found in the Test Scene, oddly enough. 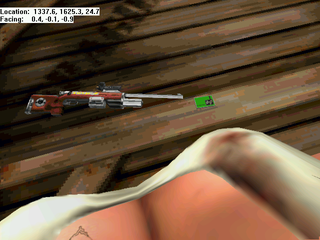 Normally, this wouldn't be very special, but these items are so difficult to find that most people don't know they exist. They are found on top of a shipping crate inside Warehouse B of the Harbor. The keycard will work just like the one found inside the Atlantic shipping crate, but the Toxic Rifle is missing most of its scripting and is basically useless. These can be found at coordinates 1338,1624,25. 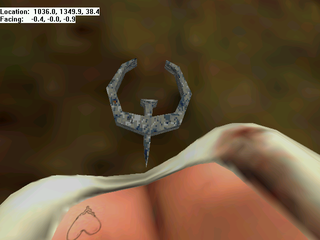 Hidden deep in the Lab level's basement is a Quake logo. It's not used anywhere in the main level and was probably put in as a joke or easter egg. If the player grabs and takes it back into the level, it makes a very overpowered melee weapon capable of dropping even a T-Rex in just a few swings. To find it, teleport to coordinates 1902,1680,2.

Because of the discovery of the E3 and PCGamer prototypes, it is now known that this Quake logo was meant to be included in Pine Valley's Mayan altar, hidden inside a secret compartment covered by a face made of stone. Strangely, in Build 96, while the altar is present, the Quake logo is missing from this compartment. It's possible it ended up in the final's Lab level when Pine Valley assets were moved to it.