This is a sub-page of Kingdom Hearts II.

Despite being a non-combat based world and using the generic command menu in the final game, Atlantica does have its own unique command menu variation, consistent with all the other worlds in the game, which is completely unviewable in the final game. Sora's HUD icon also has Atlantica versions of the hurt/low health icons, which can't be seen due to Atlantica containing no enemies.

In the /menu/shopface/ directory, there are also unused Moogle shop icons for the Atlantica forms of Sora, Donald, and Goofy. The temporary icon is inferred to be Sora's based on his ID being 100 everywhere else. Interestingly, while every other shop icon in the game begins with the prefix p_, Donald and Goofy also have placeholder shop icons in Atlantica under the n_ prefix. 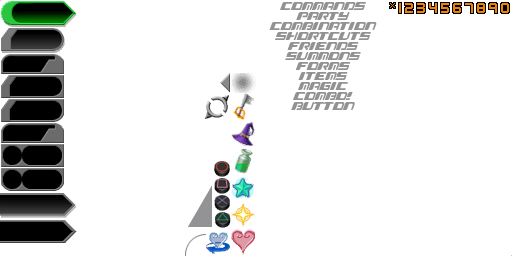 There are unused dialog box graphics for Destiny Island (found in "/msg/us/di.bar") and also some HUD icons too ("/field2d/us/di0command.2dd"). While very similar to the HUD icons used when the KH1 HUD is enabled in the settings, there are slight differences. As well as this, this file is never updated in the HD rereleases, and displays incorrectly in those games. There is no way to see these since the world itself is only seen in cutscenes. 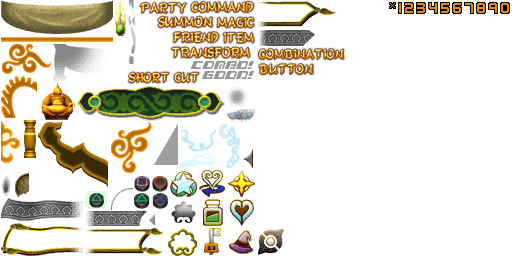 The command menu file for the End of Sea (found in "/field2d/us/es0command.2dd") contains this early version of the HUD used in Agrabah. End of Sea is a cutscene-only world, so this file was likely added for consistency or as a placeholder.

Despite only appearing as a summon, Peter Pan has a Moogle shop icon in "/menu/us/shopface/p_ex330.bin".

The World That Never Was

These images are found in "/file/us/eh_lb.2ld", and show screenshots of Another Side, Another Story from Kingdom Hearts. Their purpose is unknown. The HD versions of the games also contain these images, but they're upscaled versions of the originals (the artifacting remains) rather than new screenshots. These are the same file type as HUD icons, and contain layout data, so even though multiple pictures appear per-image, had events for them been properly coded they would have been displayed as individual images in-game. 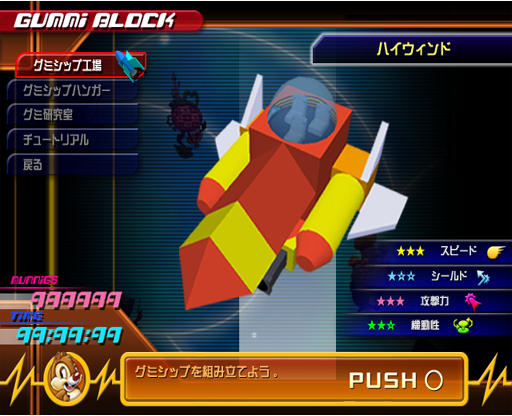 In the Japanese release only, there is an unused early graphic for the Gummi Ship Hangar menu. Note that the background is from the first game! This was removed in later releases of the game.

There are a number of cutscene-only rooms or boss-only rooms with room titles. These titles can also be found in text form in "/msg/us/place.bin".

The World That Never Was 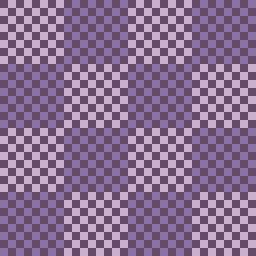 This unused trampoline icon is located in "dbg/trampoline.tm2". Oddly, this is the only texture here, everything else in the folder is either debugging flags or event triggers. 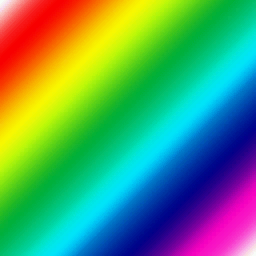 In the HD remasters, this texture is found with all models that lacked textures in the original game.

Retrieved from "https://tcrf.net/index.php?title=Kingdom_Hearts_II/Unused_Graphics&oldid=1265372"
Categories:
Cleanup > To do
Subpages