Inside the Avengers Mansion, there lies a hidden load zone behind the closed door that is to the right of the Trophy Room. Upon entering this load zone from out of bounds, you are taken to an unfinished area not too far away from the mansion where only a rectangular skybox remains.

The levels "Castle Crashers" and "What's Klaw's is Mine" both feature cutscene triggers that take you directly to the boss area behind two unopenable doors. In Castle Crashers, you are intended to hit Enchantress in order to be taken to the next Area, and in What's Klaw's is Mine you are supposed to detonate an explosion to do the same. This perhaps is indicative that while the developers were designing these levels these doors would have indeed opened once fulfilling the previously listed requirements. Similar occurrences take place in Noir Night Mayor, behind the door in the Hammerhead fight, and in No Eson of Mine, behind the airlock at the very beginning.

This file is included in the game's files, but doesn't have a music track declaration in an .AUDIO_EVENT file (which are found in AUDIO\PC\METADATA\SERIALISED), with the MX_SHRINK_MAZE.AUDIO_EVENT file instead calling MX_SHRINK_MAZE_NEW.OGG. This file appears to be an early version of that track, possibly changed due to its strong similarities to Christophe Beck's Ant-Man theme being too iffy for the licensing department.

Located inside /GUI/TEXTURES/DEMO is a leftover Demo screen named "DEMOSPLASH_ENGLISH_DX11.TEX". 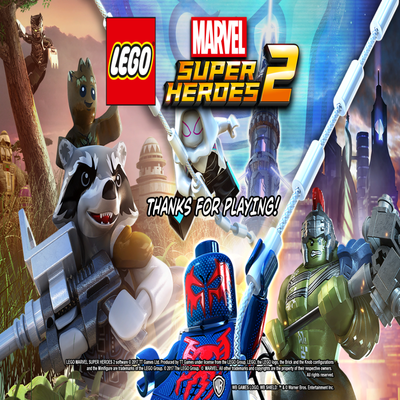 Inside /STUFF/FRONTENDCONFIGS four files exist that were used to configure the game for E3 playthroughs.