Layton's Mystery Journey: Katrielle and the Millionaires' Conspiracy is a game in which the well-known Professor Layton apparently goes missing, and all the focus is shifted to his daughter and the detective agency she runs in London. This spinoff in particular has a bit of notoriety within the fan community, as no one can really decide whether it's good or not.


While Mystery Journey initially started out only on 3DS and iOS/Android, it would later be ported to the Nintendo Switch twice (one being a normal "Deluxe Edition", and the other being a Japanese-exclusive "Deluxe Edition+" that allows you to change the characters' voices to the ones used in the anime).

lt6_b.fa/gmp/g4540.xi is a placeholder graphic that reads: "Area: Thames; Guide Map: Clara Edwards". Who is Clara Edwards, though? 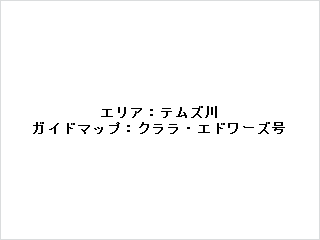 lt6_b.fa/menu/level5_u_TX.xi is a temporary image of Level-5's logo that would display with the company names at the beginning. It would later be replaced with the animated version. The text says "※Movie will be displayed. It is temporary material".

lt6_b.fa/menu/synp_bg_l_TX.xi is a Touch Screen background for the synopsis that shows when the player starts the game up. Interestingly, this is from when the game was still called "Lady Layton". 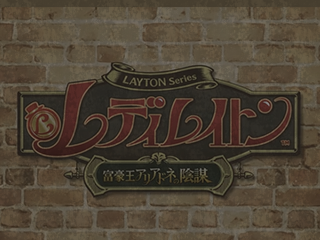 In Layton games, there's typically 6 different kinds of extra content in the 'Top Secret' Bonuses section: Profiles, Art, Music, Voices, and a password-locked Hidden Door. Mystery Journey did not include the Hidden Door bonus, and only had the other 5. A symbol for it still exists alongside the others in lt6_b.fa/menu/s_menu_ani_a.xa/002.xi though, suggesting that the game was initially going to have one. This is the only existing graphic in the files for this bonus, as there are no unused UI elements or other sprites.

They also have correlating ept_number_TX files, that state which number case it is.

Nestled between Britannias and Ratman are c220.xc and c221.xc, which appear to be placeholders for character models. They are nothing but flat human-shaped textures with no animations. The most intriguing part, however, is how the names on their "torsos" are ルーク and アロマ, or rather Luke and Aroma (Flora's Japanese name). These could have something to do with Katrielle's 'Luke Lookalike' and 'Floral Finesse' outfits, although those are already present as c115.xc and c113.xc respectively and grouped with other wardrobe models, so their true purpose remains unknown. One theory could be that adult versions of Luke and Flora were initially planned to be included, but were scrapped pretty quickly.


The textures (and pretty much entire models) are as shown. 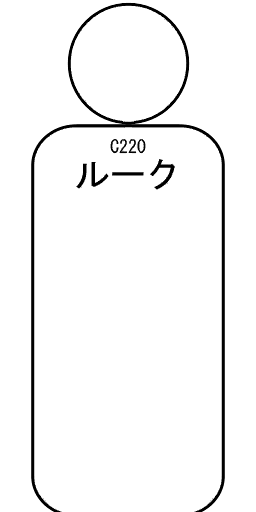 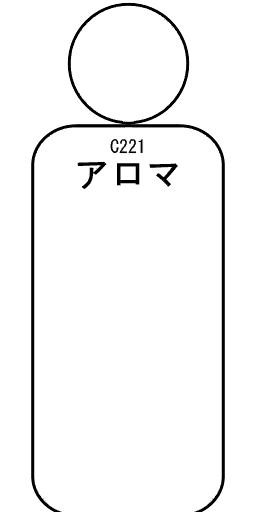 Present only in the Japanese version is a leftover cutscene from the first Yo-Kai Watch game under the name of m099.moflex, this one being the intro to the Japanese version of the game. Based on the filename and the absence of an .xq code file (which would run it), one possibility is that it could have been used for testing at some point in time.
MobiClip cinematics and their audio are kept separately, and this one doesn't have any correlating audio files, so unfortunately it is dead silent.

22_002300.xs is the only file in the 22 subfolder, which contains the text for the current task(s) the player has at hand during the game. This line seems to stand out among the rest, and it reads:

40_008300.xs appears to contain text for a 'Secret Nazotoki Room', similar to what Azran Legacy had. Neither the overseas nor Japanese versions ended up having one, and there are no graphics or code related to the Secret Nazotoki Room in the game files (except for a leftover .xq file for the one from Azran Legacy), so what it may have looked like or what puzzles it would have provided will likely- and unfortunately- forever be a mystery.

The name "レイトン７" ("Layton 7") in the first two password-entry prompts appears to be another placeholder title used for the game before it was changed to Lady Layton and then finally Layton's Mystery Journey. Oddly enough, this name was also used for an unreleased mobile game announced a few years prior, but whether or not the two have any connection is unknown.
The third prompt is likely talking about another Inazuma Eleven game, since third password in Azran Legacy was also related to that.

40_09600.xs has text related to a Hidden Door, which -- as previously stated -- the final game didn't end up having, with the only graphical evidence being the symbol for it. It claims that if the player meets the right 'conditions' in Azran Legacy, the door of Layton 7 will open. The method of unlocking the Hidden Door likely would have been similar to the one for the previous game, where the player had to go to the Daily Puzzle section of Miracle Mask and press the 'Download' button, which would then detect the Azran Legacy data on the system and unlock its secret contents. (If the player owned them both as eShop downloads, however, they would automatically detect each other.)

40_009610.xs is text for a special art gallery that the unused Hidden Door would unlock (again, quite similar to the one in Azran Legacy). It's obviously very unfinished though, as everything seems to just be placeholder text.

Almost none of the entries are spared from having some kind of leftovers of what came before them, but thankfully this list isn't as absurd as the one for the game it took them from.

Internally, the game is referred to as lt6-- the exact same internal project name that Azran Legacy uses. The most likely case is that the developers just took the original Layton 6 project and used it to make something new.

lt6_a.fa/res/scrt/lt6_scrt_chr.xs is a script for the Profiles bonus, which has name labels for the character artwork/models in the sixth game.

Present in lt6_b.fa/nazo/ani/n001_num.xa are sprites from Azran Legacy's puzzle 'Golden Butterfly'. They are stored alongside the numbers used in Mystery Journey's puzzle 'Alien Attack'. 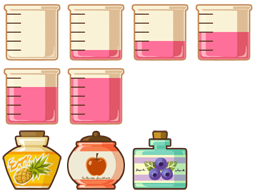 lt6_b.fa/img/bg_daily_eve.xi is a background from the Daily Puzzle service, used when Granny Riddleton is talking to the player. 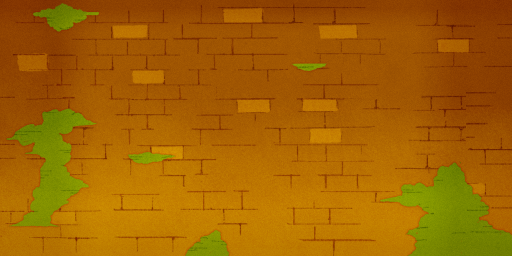 There are two files in lt6_b.fa/menu called trial_thank_a.xi and trial_thank_b.xi, but they're completely empty. Mystery Journey never had any kind of playable demo, so these are likely from the one for Azran Legacy.

In the Japanese version, part of the opening cutscene features the song "Girls" by Kana Nishino. The vocals were changed to a violin for overseas copies, likely to avoid having to translate it into multiple different languages.

Cutscenes 04 and 26 were altered in the English versions, solely due to the change in Sherl (originally Sherlo) and Felicity's (originally Lilia's) names during localization.

While it's already been addressed that the root directory folder refers to the game as lt6, a script for the Daily Puzzle service calls it by another name-- lmj1 (full: lmj1_daily_default.xs). This is particularly odd since it would mean "Layton's Mystery Journey 1", but no direct sequels to the original have cropped up in recent years.