Lennus II: Fuuin no Shito is the Japan-only sequel to Paladin's Quest. 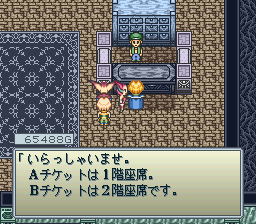 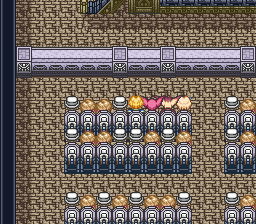 There is a hidden developers room only accessible in the ending at Hammond Hill. During the normal game, said door leads to the sewers; but during the ending, the door is closed. Use Game Genie code C227-5D21 to open the door and get access to the dev room. You can also use the Debug Menu 2 code, and warp to room 1E5H using the Map Number option.

Use the Pro Action Replay (PAR) code 7E5B3C01 to activate a debug mode. While playing the game, press one of the following button combos on controller 2:

The debug mode functions are all controlled using controller 2. 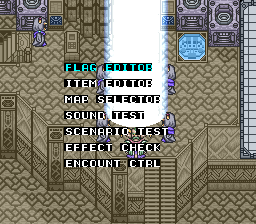 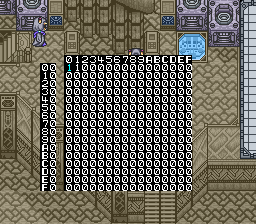 The flag editor is a screen where you can set or clear various flags by pressing A.

90,A = Hammond Hill if you married Nikita to Eudenus.

90,B = Hammond Hill if you married Yuma, Jenka, or Melina to Eudenus.

90,C = Hammond Hill if you married Iris to Eudenus. 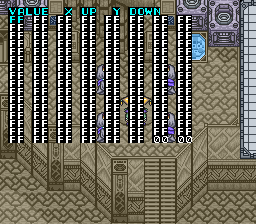 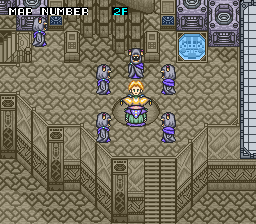 On this screen, use the D-Pad to select a number, and press A to set it. This controls the same variable as "event no" in the other debug menu below. 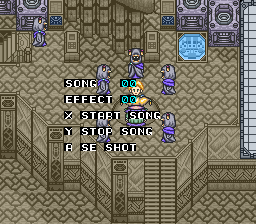 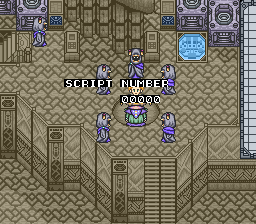 The scenario test screen lets you test different pieces of dialogue and possibly other stuff too. Pressing A executes the selected script and then returns to this screen. 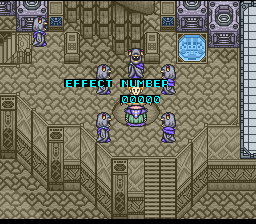 Selecting this option just exits the menu without appearing to do anything. It may do something such as enabling/disabling random encounters.

This other debug menu has some additional debug features, consisting of several screens which you can cycle through one at a time with the Select button. 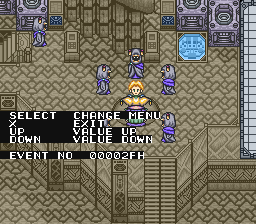 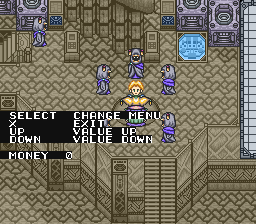 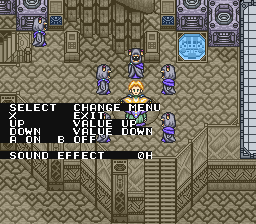 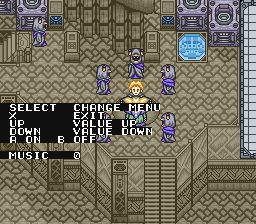 It's a sound test. Self-explanatory. 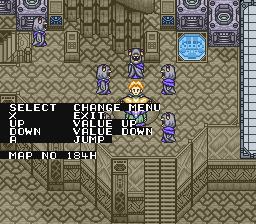 Use the D-Pad to select a map number and press A to get there. The available map numbers seem to cover multiple variations of the same locations, with different NPCs and so on. 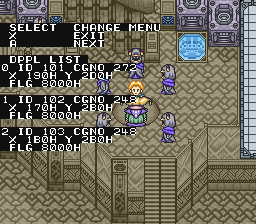 Displays basic information about each NPC in the current area, one at a time. 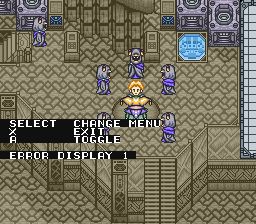 Toggles debug error messages on and off. This was probably more useful to the developers than it would be to you, since these error messages don't show up during gameplay under normal circumstances anyway. 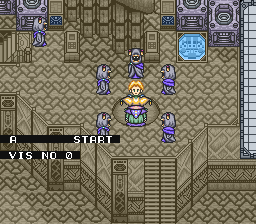 This allows you to select from 256 cutscenes, each of which appears to be the same exact thing (the credits.)

The Pro Action Replay (PAR) code CB36A20E adds some additional options to this menu. They may have been removed because some of them are simpler versions of some of the options in the other debug menu; attempting to use most of them seems to freeze/crash the game. 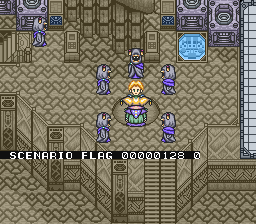 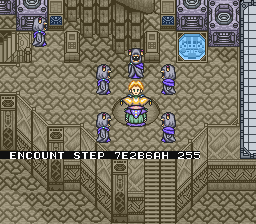 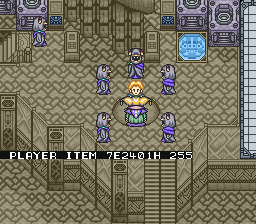 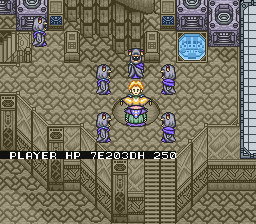 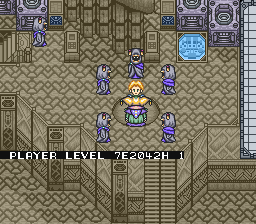 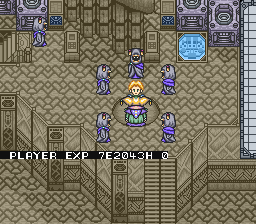 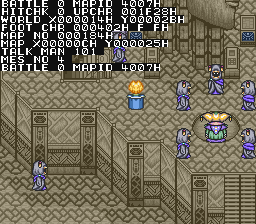 The player display shows several lines of information about the player's current state, including coordinates, map number, last conversation ("talk man" and "mes no"), and other things.