This appears twice in the menu data at 0x68278 and 0x68296, both times preceded by a space which was likely a "2" at some point. It's possible that the 240 in 1 title was originally written in plain text. 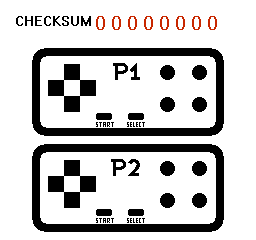 A device test program can be accessed by holding A + B while resetting the console. Strangely, the A and B buttons are swapped when compared with a standard NES controller, as are the Start and Select buttons.

At least two versions of this machine are known to exist. The UK model by Thumbs Up appears to be a later version, as the other version unintentionally overwrites some of the character art on the bottom left when it draws the list of games. The numerous spelling errors on the game list itself were left unchanged, however.