This graphic is used as filler numerous times in the graphics files for the game, but it is found the most times in PIXLB.DAT.

Parts to an early title logo for the game. 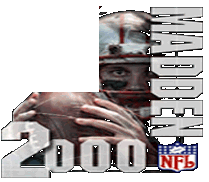 How it looks assembled.