Majin Tensei is what you get when you properly combine Shin Megami Tensei with Fire Emblem.

At ROM address 00FFF0 (offset 0x7FF0 in an unheadered ROM), there is a flag which enables a debug mode.

Setting this byte to a non-zero value (by using the Pro Action Replay (PAR) code 00FFF001 or by changing the byte using a hex editor) will allow you to access the debug mode by holding down L on controller 1 and starting a new game. 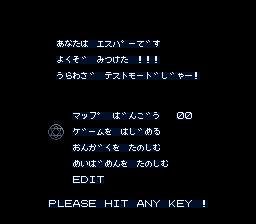 The first two options on the menu let you select the starting map number (using Left/Right) and start a new game. 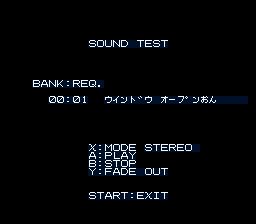 This is a standard sound test, complete with titles for the songs/sound effects. The two numbers to the left of the title represent the sound bank and the current index within the bank, respectively. Bank 00 consists of most of the game's sound effects, which can be triggered while music is still playing. The other banks each consist of one or more songs or ambient sounds. Pressing Start exits the sound test and begins a new game. 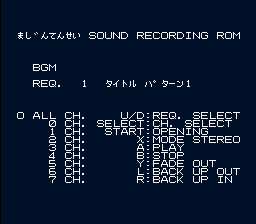 Version 1.2 of the game has a noticeably different sound test. This one contains a different track ordering and different song/sound effect titles, as well as the option to listen to any of the 8 individual sound channels.

For some reason, the game normally attempts to load an invalid sound bank when starting this sound test, causing the game to go into an infinite loop while trying to communicate with the sound driver. The Pro Action Replay (PAR) code 2FC12A03 will make the game use the same sound data that is already loaded on the title screen, allowing the sound test to function as intended.

In addition, many of the songs and sound effects are different from what the titles say they are, and a few of them play glitched or duplicate music instead. This may indicate that some of the sound data was shuffled around during development, or that the sound test uses the wrong index values when playing music or sound effects. 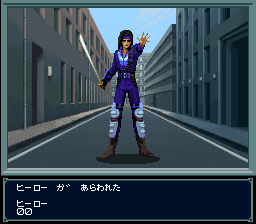 This screen allows you to view the various character graphics and backgrounds. Select a character with Up/Down and a background with Left/Right. Press A to view the selected combination, and Start to exit and start a new game. Using the D-Pad of controller 2 lets you move the sprite around. 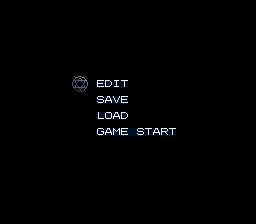 The most detailed feature of the debug mode, this lets you edit basically every detail of a saved game, including game progress, character stats, items, the demons in your party, and the status of various event flags. Obviously, this requires that at least one saved game already exists. 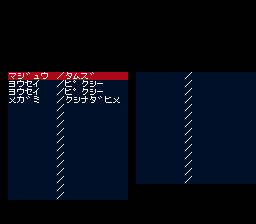 The first option lets you change the demons currently in your party. Press Up/Down to select a slot and Left/Right to change it. Press A to return to the edit menu. 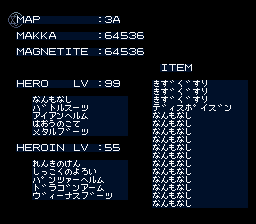 The second option lets you edit the current mission number, the amount of Makka and Magnetite you have, character levels, equipment and items.

Press A to return to the edit menu. If either character's level was changed, the game will then prompt you to distribute stat points to one or both characters. 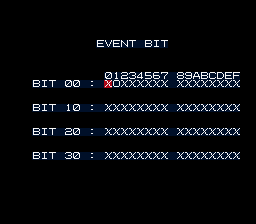 The last option lets you control the values of 64 flags corresponding to various in-game events. Left/Right select a flag and Up/Down turns the flag on (O) or off (X). What each flag represents is unclear. 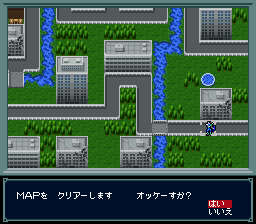 Pressing Select during your turn will bring up this prompt, asking if you want to clear the current map. Answering yes (the first option) will cause you to automatically win. 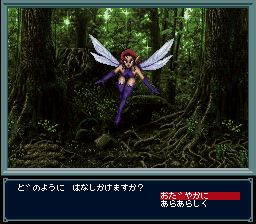 When starting a conversation with a demon, selecting the demon with L instead of A will start a special conversation where you can choose freely from any of the possible conversation "scripts". You'll be given the option to take either a friendly or threatening attitude, after which you can select from 72 different scripts corresponding to either style.

Starting at ROM address 00FFE0 (offset 0x7FE0 in an unheadered ROM), in the unused space next to the interrupt table and debug flag, there is some development text that includes a build date:

The date is the same in all three revisions of the game.