Much like all of Gust's PlayStation 2 Atelier games, this game also has several debug features. The main debug menu has been removed, however. All codes on this page are for the US version of the game. 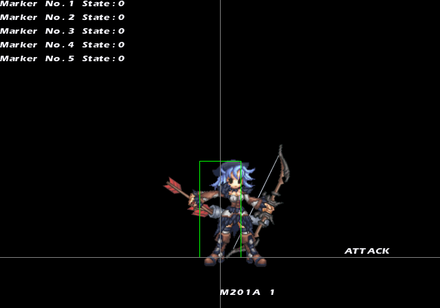 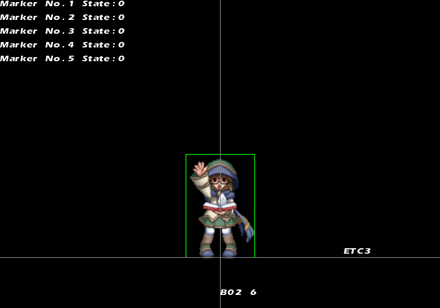 This option allows you to view various animated states from battle sprites.

Additionally, you may want to activate the following codes to change the sprite and animations the sprite is doing. 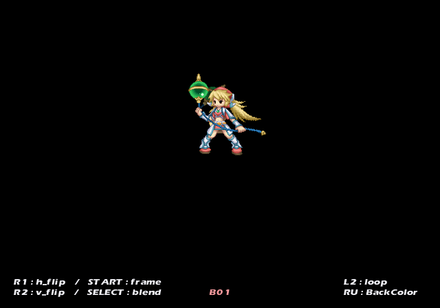 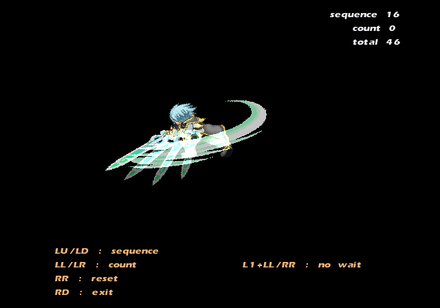 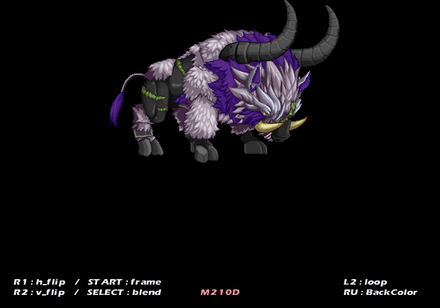 In this option, you can view all in-game battle sprites.

Additionally, you may want to activate the following codes to change the sprite and animation the sprite is doing. 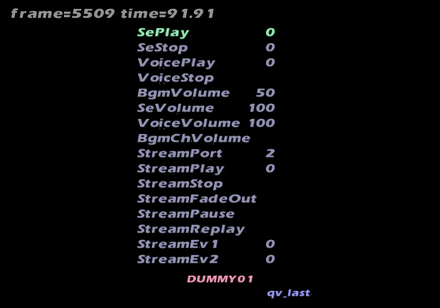 In this menu, you can select all of the music, SFX and voices in the game to play.

Additionally, you may want to activate this code to move through the options in this menu. 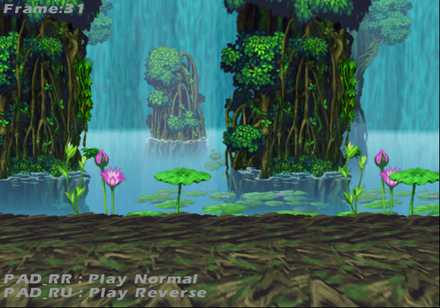 A simple test option that fades the screen when pressing X button here. 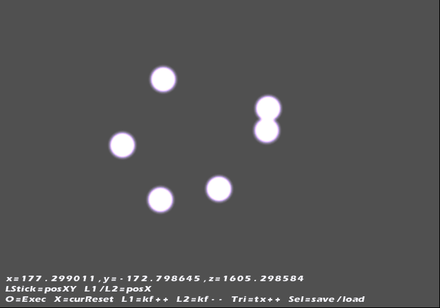 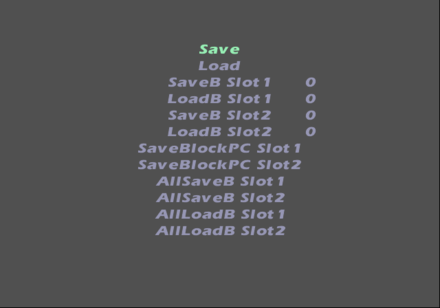 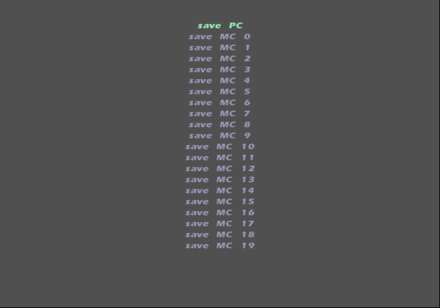 It's unclear what this option is. You can select effects and make them display at a set position in this option. It appears you would be able to save these edits to a dev kit or memory card or upload the result to a PC.

Additionally, activate the following code to select what effect you would like to display.

Replace xxxx with a value, starting from 0001. 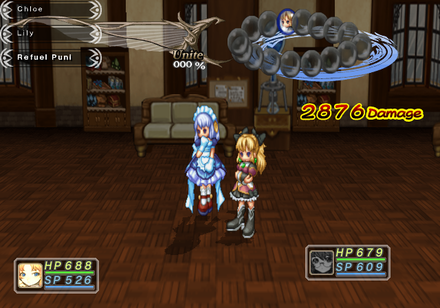 A debug option that allows you to view combo and special attacks. You can set the party members and a enemy that will take damage. Press X button here to initiate the attack.

Additionally, activate the following code to select the party members, background and enemy.

This option allows you to view and choose from the battle icon images that display in battle. This option displays a black background with no text. When in this mode, press X button to display a graphic. 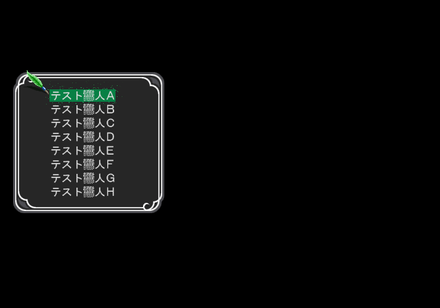 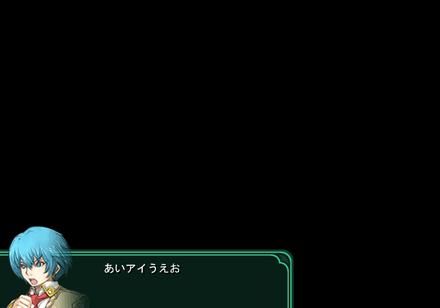 Several other small debug fragments remain in the game, however they don't function properly anymore. Below is a list of the other debug functions that don't fully work anymore. 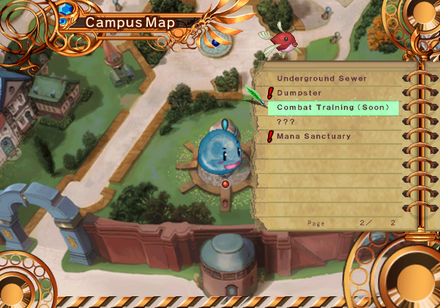 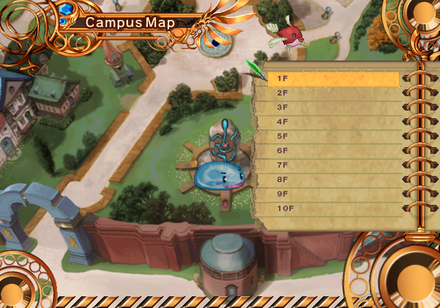 Ten unused areas that were later added in the PSP version can be seen and accessed here. The internal map names for these maps is "Combat Training (Soon)". Perhaps the developers didn't have enough time to incorporate the levels in the PS2 version. Apply the code below to access this area. If you are going to use the below code on a real PS2, you can enable this master code first: 905E6120 0C1797F0. If not, skip this.

With the above code on:

After loading it, simply move forward a bit after loading your save to drop down into the map. 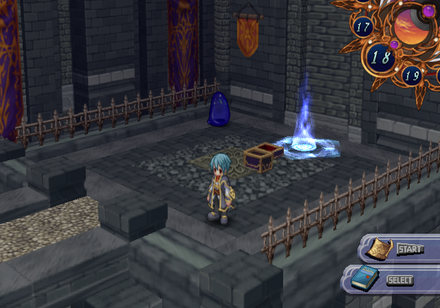 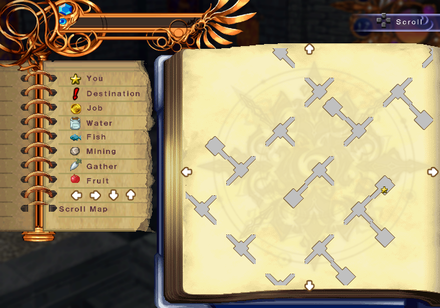 A very large unused dungeon. This map contains low level enemies, and several treasure chests. The treasure chests can sometimes disappear when getting close to them. It's unknown if this is a map specific glitch, or that was intended. 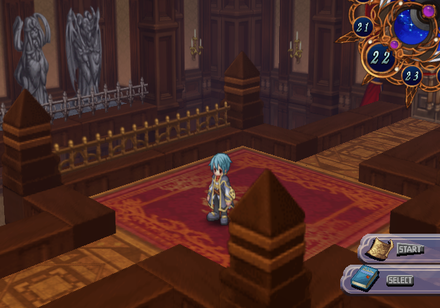 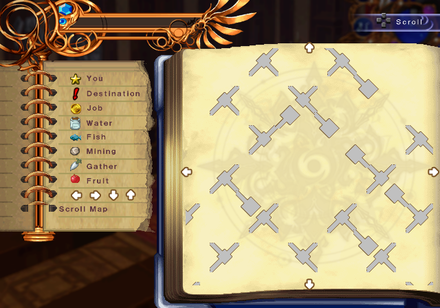 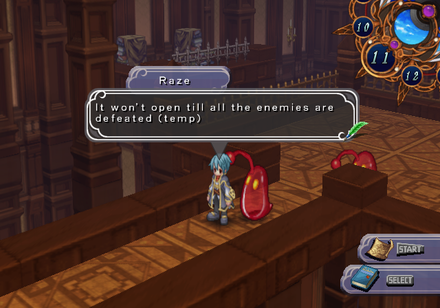 Much like the above map, this is another very large dungeon. This map contains high level enemies and several treasure chests that mostly contain enemies in them. It contains an unused text box when activating one of the trap treasure chests here. It's unclear how to complete this map, or if it's even possible.

An unused Flay Gunnar battle can be see here. This would normally take place at the end of the unused dungeon. In the PSP version, there is a green version of him that joins the fight. 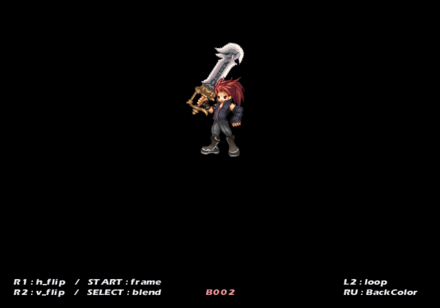 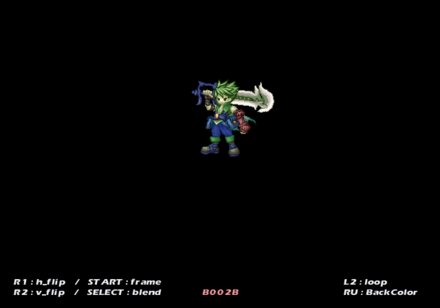 A couple of unused character battle sprites relating to the unused battle with Flay Gunnar can be seen here. You can also view this with the animation debug option by putting in a value of 0001 and 0002 in the player / monster value spot in the code.

An unknown song remains on the disc titled internally as "bt_bosswoman". Considering that, it was likely used for a boss battle of some sort.