Mario + Rabbids Kingdom Battle is a, shall we say,... unexpected crossover between Nintendo's Mario and Ubisoft's Rabbids franchises, which takes the form of a turn-based tactical RPG a la the X-COM series. Despite the odd crossover idea, the game did rather well with audiences and critics alike. It was also Ubisoft's first Switch-exclusive game to use the Snowdrop Engine, the first time the engine was ever used on a Nintendo platform.

The file \moria\baked\art\ui\coliseum\placeholder_joycon_applet.dds in the base game is a texture that has an image of the Nintendo Switch controller connection UI, behind the image is multiple lines of "NX". NX was the codename for Nintendo Switch. 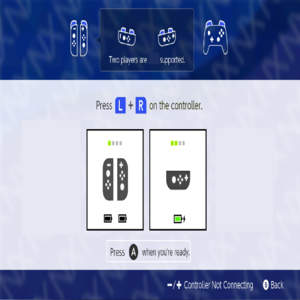 The file textures\missing.dds in the base game is a texture to stand in for a missing texture file.

The file \moria\baked\art\ui\boot\snowdrop.dds in the base game is a texture that is most likely a game bootup splash screen past the main logos, it also has a black background and its pretty colorful too! 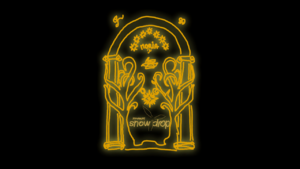 The file moria\baked\art\ui\boot\nintendo.dds in the base game is a texture of a somewhat poorly drawn Nintendo logo, it also has a white background. 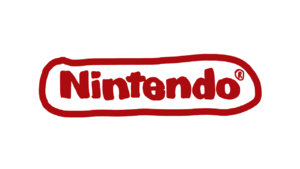 The file moria\baked\art\ui\boot\ubisoft.dds in the base game is a texture of a pretty colorful Ubisoft logo, while a Ubisoft logo was obviously used, this one wasn't, it also has a black background. 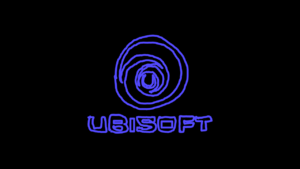 The file moria\baked\art\ui\cursors\cursor_default.tga in the base game is a texture of an extremely tiny plunger, most likely a mouse cursor for an internal PC version of the game, the white background is also present!

Similar to the missing texture image, there is an icon for a fake collision box present in the file moria/baked/Art/Environments/zPlaceholder/fakecollision_ang_d.dds.

A simple clipart of a slide. 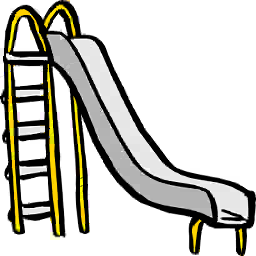 A portion of tool icons are mentioned in the fighter settings scripts but they seem to be removed from the final game. Luckily, DLC 4 left a number of them along with five of it's own however the textures are notably extremely small. 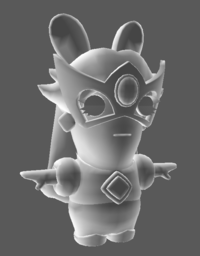 An early base design for the Lava Queen known as chr_enm_bwapeach_tpose_01 can be found in moria\sdf\nx\data\moria\baked\art\animation\01-chr\03-enm\bwapeach.
The model features hair different from the final Lava Queen design, and lacks many of the Lava Queen's defining features, such as her horned helmet, cape and gloves.

Many files in the game are named and have debug in the file content. Functions are:

As of the updates, a few more were added.

The game went with multiple mainly, Moria, given by the directory going by the name and many other references in files. rr5 is another relating to a string in the game executable, likely meaning Raving Rabbids (project/game) 5, relating to originally being the 5th game in the series, despite Rabbids Land came out earlier as rr6, suggesting this title was delayed in the Wii U era. The last one mentioned in files is RKB, which is unsurprisingly short for likely Rabbids Kingdom Battle.

Many files mention rouge and directories, which is the internal name for that game, meaning the game was likely built off a build of that game.

A note in various scripting files.

Present in the base game is a call loading a spawn location file for PVP which was later added in a semi-recent update, most likely Ubisoft was internally working on the PVP mode since Day 1!

The Phantom's song in this game has three verses in the files, but only the first and last are played in-game. The second one has the Phantom talk about how Mario and co's attacks are ineffective against him, and was presumably going to play before the party figured out his weakness in the boss battle. According to an interview by Grant Kirkhope, the game's composer, the second verse was scrapped because the devs didn't have time to animate it in-game.

The first three DLC packs have a few compilation logs from internal development, relating to packing the assets.