Mega lo Mania is a proto-RTS game where you command hundreds of tiny men to try and take over everything.

Madcap's original recording had him go "No way, shithead." However, this is truncated by the game to remove "shithead" for obvious reasons. 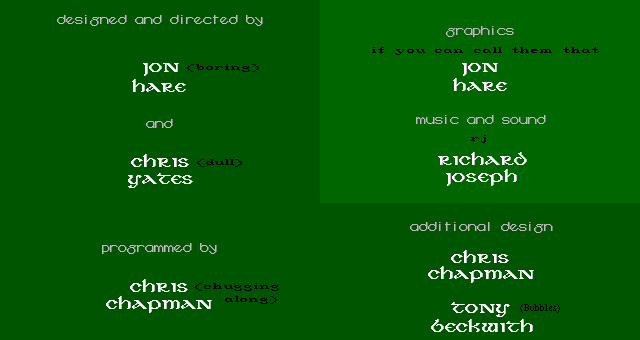 Many of the credits shown during the intro sequence have nearly invisible subtitles, which would be impossible to see on a CRT. For the sake of visibility, a green background has been applied to allow the cheekiness to be shown on full display.