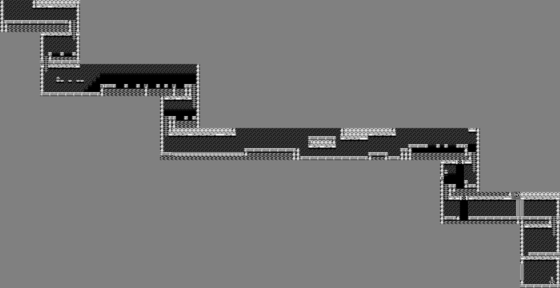 Tiles for a boss door. These were used in the prototype and the early Fire Man stage (shown above), however the final game uses different door graphics, rendering these tiles unused. The equivalent door graphics for every other stage no longer exist.

As mentioned before, "Mega Man: Dr. Wily's Revenge" was originally titled "Rockman World" in Japan, however the title screen in the international versions just simply titles the game "Mega Man".