It's Mega Man's 11th outing, in full 3D! It would be unfair to call this one Mighty No. 9 + 2, because this game is actually good. 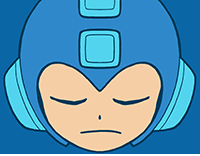 An unused version of Mega Man's face, intended for the Stage Select screen. His skin is colored peach here, implying the Stage Select was originally going to be a little more like previous games.

Placeholder icons for microchips. They're labelled "reserved 1" through "reserved 4". 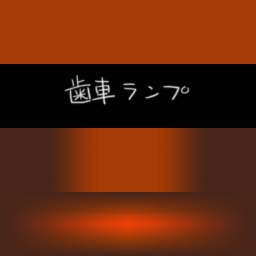 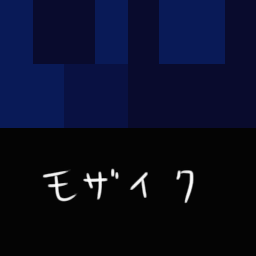 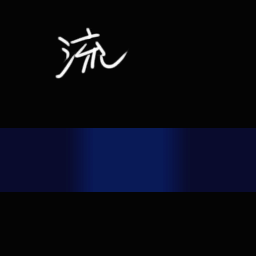 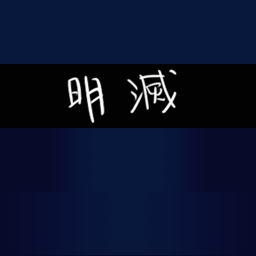 Unused textures associated with the titlescreen. The first one says "gear lamp", and the second one says "mosaic". 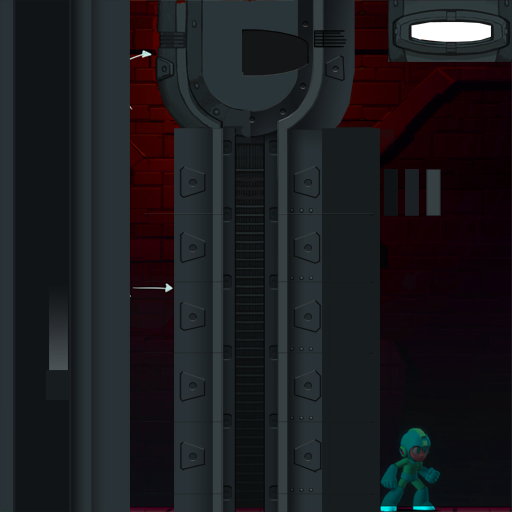 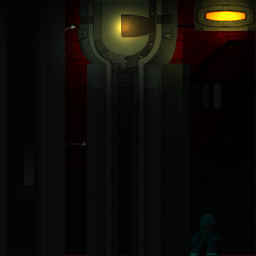 Three versions of what appears to be a cropped, in-development screenshot. Mega Man's model is textured differently from his final look, and there are hand-drawn arrows pointing to parts of the environment. The smaller versions are darker but feature light elements. 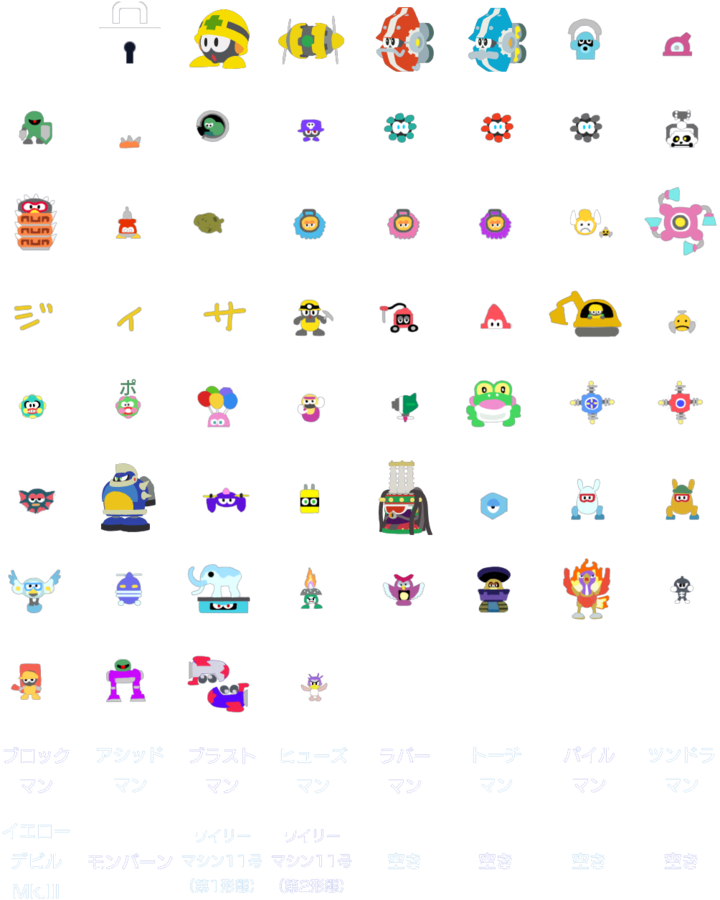 A full set of unused enemy icons. Some of the designs are different from their final counterparts. These are stored in the "special" UI set, which covers bonus aspects of the game such as the Challenges, Gallery, and Achievements. Robot Masters and some mid-bosses only have text placeholders. In order, the text placeholders read as follows:

In English, these names are:

Of note, similar images were later used for Christmas wallpapers in Capcom's site. 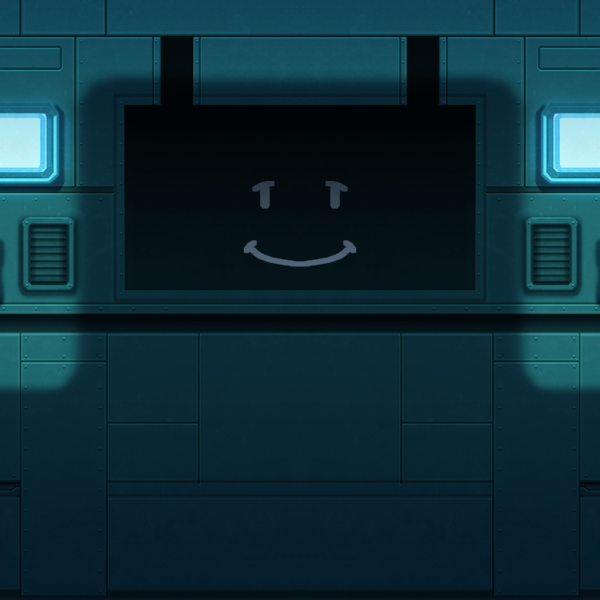 A cute friend is hidden in this wall texture. There's usually a computer in front of it, so it's happy to see you! 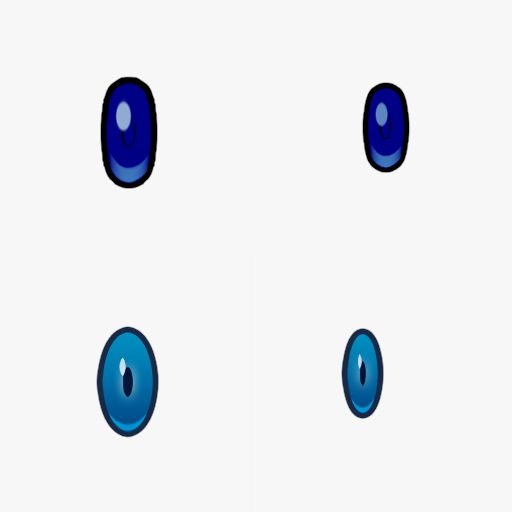 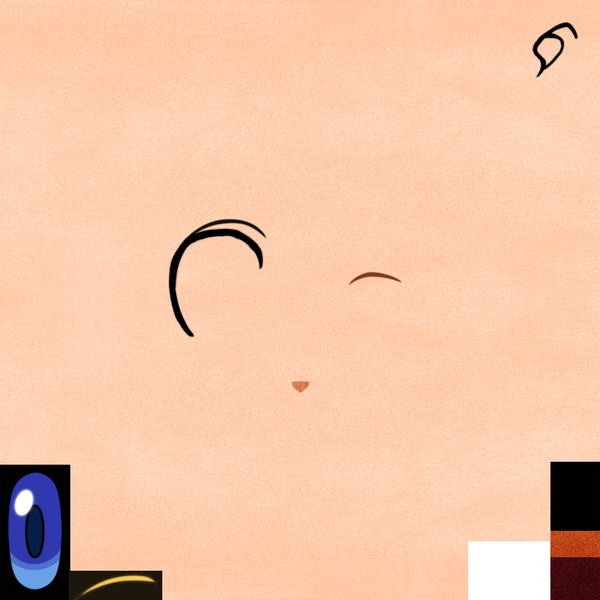 This image of Acid Man is used for his short appearances in the background parts of his stage. In-game, only a silhouette can be seen. The actual image has a lot more detail, however. The original image is quite dark, so the second image is a modified version for better visibility.

As a change of pace, the title and removal of a subtitle weren't the only things to change when the game was brought from Japan. Most of these changes are reverted if you set the game language to Japanese, even for the international releases.

The 30th Anniversary screen which appears after the Capcom logo displays "Rockman" or "Mega Man," depending on the region.

As mentioned earlier and elsewhere, the title was changed and the subtitle – in this case, "Unmei no Haguruma!!"/"Gears of Fate!!" – was lost in localization.

The main menu in the overseas versions of the game are a little clearer than their Japanese counterparts.

The difficulty names are also fairly less confusing in localization.

When the game was localized, two boss characters received name changes. This might have been due to some questionable meanings to the original name-words.

These changed names also apply to the boss introduction screens... which have Japanese subtitles, in the Japanese release!