Mega Man Maker is a fan game that's basically what you'd get if you crossed Super Mario Maker with Mega Man... or made Mega Man: Powered Up's level editor 8-bit and added more stuff. In other words, it's a fan game where you make and play custom Mega Man levels.

Among the player graphics are what appears to be Mega Man throwing something with a rather beefy (and miscolored) arm. This was originally meant for the Block Dropper weapon, but was eventually replaced by a more accurate set of sprites.

There are several objects, items, and backgrounds which, while being unaccessible through the game itself, can still be found in the game's data and even used in stages. They can either be lifted out of existing stages, or added to the Recent or Favorites sub-menus on the object selector by adding the right index and category data to Builder.ini file in the MegaMaker/Settings folder (located in the Windows Local AppData folder). 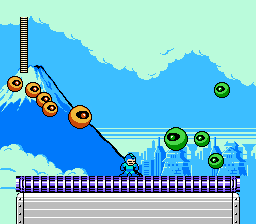 Both the Yellow and Green versions of the Petit Devil enemies from Mega Man 9's Galaxy Man stage have been available for use since before the first release of the game, though they could only be used through text editing levels or copying the objects from other user-made levels.

When v1.5.0 came out, both these and the Caricarry (mine cart) enemy were officially added to the in-game menus. Instead of being two objects, though, the original Green variant (category 5, index 24) was updated with a toggle, allowing players to switch it from Green to Yellow. For compatibility purposes, the original Yellow variant (category 5, index 25) is still in the game, though it lacks the palette/variant toggle of the updated Green variant. 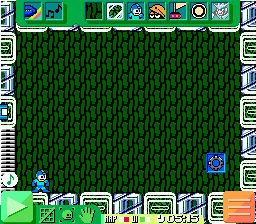 A non-functional version of Gemini Man, a boss from Mega Man 3, is buried within the code of the game at category 8, index 9. Ported directly from the Make a Good Mega Man Level 2 engine, he was supposed to be in the game from the start, but collision and clone syncing issues prevented him from ever working right, so he was scrapped. From v1.0.0 onward, attempting to play any stage where he's active causes a game crash. While his portrait comes up in the level information, the Doc Robot question mark is used for the level information. (This intro is also used for stages without a boss.) 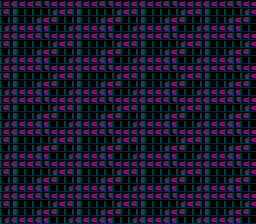 A version of the "Wily 2 BG" from Mega Man 3 lays hidden in the backgrounds at category 9, index 65. This version uses the same tile layout as "Wily 3 BG", but uses the correct shades of purple and blue compared to the final "Wily 2 BG". 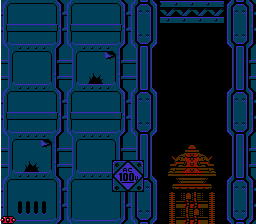 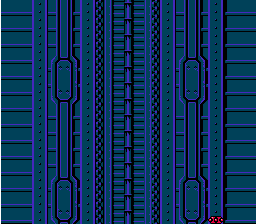 Static versions of the "power outage" frames of Junkman backgrounds are tucked right next to their brighter counterparts. But unlike other animated backgrounds, these frames are actually usable! (Category 9, index 91/93) 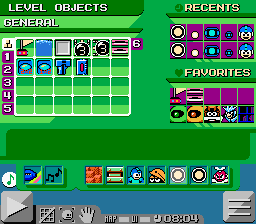 For whatever reason, every single basic Pickup object also has a "Level Object" value in the range of category 6, index 19-25. They work exactly as expected, showing up in the Level Objects slot on the menu when selected, but also become marked as selected in the Pickups menu as well.

As of v1.4.0, the Checkpoint object (category 6, index 15) was replaced by a brand new version (category 6, index 46) which, when touched, turns off all previously-touched Checkpoints in a stage without having the player die. The old version was replaced by the new version on the menu, making it unaccessable unless a level with Checkpoints made in v1.3.6 or earlier is loaded, or unless added to the Favorites/Recent menu. This also means that levels with checkpoints made in v1.4.0 or higher immediately crash older versions of the game.

v1.5.0 added in a number of Mega Man 8 and 9 objects, but also made some changes to the teleporter object. Originally at category 6, index 26, the teleporter in the Level Objects menu was replaced by an almost-identical version (category 6, index 65). Although the two objects function the same way, if placed in a boss room and linked to a disconnected room, the new one will be hidden away until the boss is defeated.

The new teleporter also comes in any of nine colors, though the old one also gained this cosmetic change, too. Additionally, and the icon was also moved from the "Misc. Objects" sub-menu to Mega Man 9, alongside the previously-hidden Petit Devil and Caricarry enemies.

Prior to v1.5.0, if there was a boss door in a boss arena, the player could walk through it (on the correct side) and it would act as expected, pausing the game and shuffling the player through. However, with the implementation of having multiple bosses in a stage (and having it work correctly!), the old objects in the Bosses menu (category 8, index 0/1) were replaced by a new pair of doors (category 8, index 33/34) which look and act identical with one exception: they would no longer function at all until the boss is defeated.

Due to a (potential) copyright issue with a company of the same name, Mega Maker received a name change, as well as an updated title logo, among other things.

This also rendered the Japanese Easter egg logo unused... as well as removing the Easter egg itself, for some reason!

With the overhaul of v1.1.0 also came a replacement title theme.