Metal Gear Solid V is the fifth main game in the Metal Gear Solid franchise, following the events of Ground Zeroes. In this game, Naked Venom Snake tries to exact revenge on the people who left him for dead in what was intended to be an ambitious open-world infiltration simulator.

It's also the last Metal Gear title directed by Hideo Kojima, as the game had a very troublesome production, ending with the game being rushed out the door partially thanks to high tensions between Konami's management and Kojima.

Symbolically, one of the "phantom pains" in this game is all the cut content. It's like a lost limb - you know what was once there, and will only ever imagine what it's like to be whole.

Episode 51 was to take place on a new map, the internal name of which is FLYK (short for the name of the episode, "Kingdom of the Flies"). Though no map related to the Kingdom of The Flies is present in the final game, it is known it was supposed to be an island outside the Angola-Zaire Border Region (South Arica) that Eli and his child soldier army took over after hijacking Sahelanthropus; during which, Eli named the island "Kingdom of The Flies."

While it is referred to as Episode 51, it's possible that it was supposed to happen before Episode 43, judging by the latter's internal number, 10240; Episode 51's internal reference number is 10230. Multiple sound assets (such as the mission briefings) related to the mission are still present in the soundbanks for the game.

The raw code referencing mission 10230/Kingdom of the Flies can be found here; http://pastebin.com/txN5zY0X

Initially, the Battle Gear (a smaller anti-metal gear weapon developed by Huey) was intended to be an additional buddy/vehicle in the game. The logic was fully completed, as were all the required assets including but not limited to sounds, cutscenes, models, and particle effects.

Though cutscenes related to the vehicle are still in the game, it was cut as a buddy during playtesting for the game due to balancing issues. Instead, it only remains in-game as an asset for deployment missions.

Guard dogs were included in the game until playtesting, where they were removed. The cited reason was that "they were not as fun to sneak past." Numerous assets are still present in the game, as well as some logic. Various enemies and friendly units in the game can be heard talking to nonexistent dogs, and there's also various signs in-game warning the player of Guarddogs being posted in the area.

DD was meant to have costumes based on Ocelot and Miller.

Skull Face's sawn-off lever-action was at one point intended to be usable. Called the Skull Custom, the rifle took up the sidearm slot though it was categorized as a shotgun. The S1000 icon is used as a placeholder icon.

Attempting to spawn into a map with the weapon will softlock the game, but it can be called in via a supply drop. Its reload animation is broken and can not be reloaded on command or when emptied.

There are unused dialogue files in the game. (https://soundcloud.com/gboon/sets)

There is audio of Huey and Code talker singing "Happy Birthday" to Snake. While the mother base staff do sing to Snake on the birthday you set, Huey is present, but never sings. sing. Code talker is there, but you only hear him say "Happy Birthday, to you."

There's also audio of Skull Face making... questionable sounds. Mostly grunts, suggesting you were supposed to fight him. However, some of these could be from the ending sequence in which Venom shoots off Skull Face's limbs with his shotgun.

Japanese dialogue and lines can be found in the escape with Ocelot from the Man on Fire and in the scene where you rescue Kaz.

Skull Face's soundbank features sound assets that suggest that at one point you were supposed to fight with him at some point in the game. The player would also have a choice between killing him and taking him back to Mother Base as a prisoner.

A title card for what appears to be... a chapter that was completely cut from the game. The title of the chapter is "PEACE". 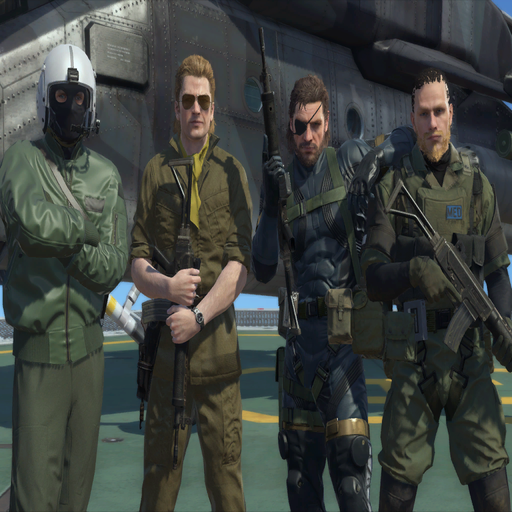 A placeholder for the photo of Venom Snake's previous identity used in Truth: The Man Who Sold the World can be found in texture0.dat/13eb86e247b1c.ftex. 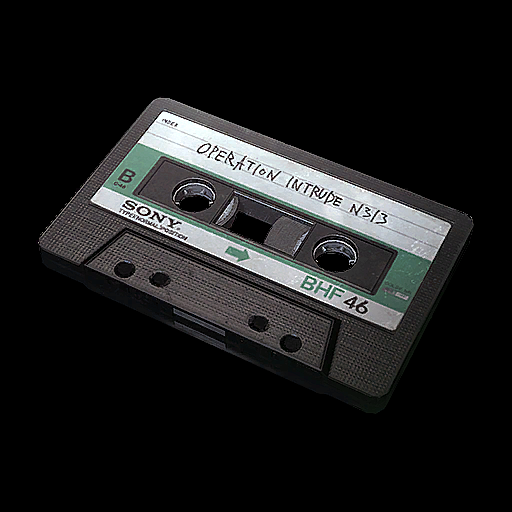 A key item image for the Operation Intrude N313 tape used in Truth: The Man Who Sold the World can be found in texture0.dat/1e5d02765b21e.ftex. 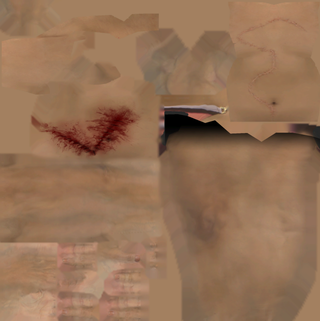 While most of Post-GZ Paz's textures got used, the upper area in this texture didn't. If you look more closely, the upper area shows a section where you can see a scar similar to the scar that The Boss from MGS3 has.

The Japanese release of the game (as well as the international Steam version) had one cutscene censored due to violent imagery. The scene is during one of the conversations with Paz, in which she opens up an incision in her stomach and removes a bomb. On versions released outside of Japan (with the exception of the international Steam version), her intestines are also removed from her stomach in the process in a very graphic manner; however, in the Japanese version, the camera has been moved to a slightly higher position so that it happens just off-frame.

If the game successfully detects the player is using an illegal copy, the game will play mostly fine during the Prologue. However, after finishing the Prologue, the game pretends to load for several minutes and then stops randomly, preventing the player from progressing in the game.