Metal Soldier Isaac II is the sequel to a game that was never released...so, is it really a sequel at all? Well, regardless, here's the game's amazing story: 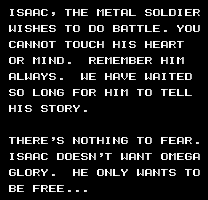 There's partial coding for five secret items, though the only one found in normal play is the BGM flag in Phase 4. 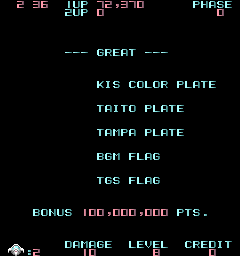 If the player were to somehow get all five secret items, the next time they cleared a phase without the Isaac armor, they'd get a giant 100,000,000 point bonus!

Put the following code in MAME's msisaac.xml cheat file to get the bonus after clearing any phase without the armor: