The second sequel to Metroid Prime makes a bold statement about brown-grey-and-bloom HD gaming by adding blue in exchange for the lack of HD. Seriously, this is the bluest game that has ever existed. It's bluer than a blues singer's sky-blue yacht in the middle of the Atlantic Ocean, at mid-day.

(This seems to be older than most of the scan data- note the lack of a title for the main page.)

(Etecoons were scrapped early on, it seems; the spelling is inconsistent with the prior games.) 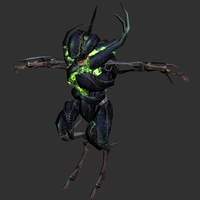 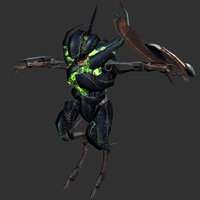 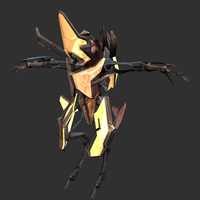 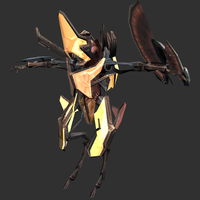 The Japanese version of the game presents you with a questionnaire at the beginning of the game; this is used to judge your familiarity with the Metroid series which will give you a recommended difficulty setting. Although it isn't in the NTSC version, there IS an unused English version that can be found in the same STRG file that contains the intro text:

Metroid Prime 3 has quite a few leftovers, one that's stuck with it throughout the series, which is MiscData.pak which contains a few test models and one from its direct prequel, Metroid Prime 2: Echoes, which is the Grapple Beam model for the Light suit.

Changes made to the Japanese Version

Changes made to the PAL Version

Leviathan Seeds can be seen exploding when leaving them.

The changes to the PAL version were included in Metroid Prime: Trilogy.