Microsoft brings back the solitaire experience via this collection.

A simple copyright can be found in gui/gui_lib.lua. 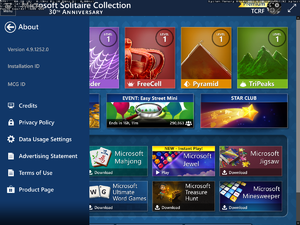 There are a few debug displays that can be activated. The codes below are written specifically for version 4.9.1252.0. Other releases most likely have these too, but will likely have different addresses. 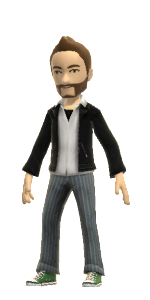 An Xbox Live avatar, named steve.png. Could belong to one of the game's developers.

The letter X. Judging by the filename, it's likely used somewhere on the debug menu. 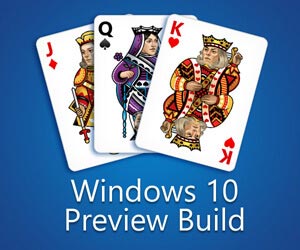 The Windows 10 version contains this graphic from a preview build. This was found in the Assets/GameEnd folder.

Also in the Windows 10 version are these unused icons for Microsoft Mahjong and Age of Empires: Castle Siege. These can be found in MSCasualGames.zip in the Arkadium.Win10.Upsell/Default folder.

Like the other Microsoft games developed by Arkadium, in /Common/DebugModule/ there are five .xbf files containing data for a debug menu. There is a sixth debug file, AdModuleDebug.xbf, stored in /Arkadium.Advertisement/View/.

The icon for Microsoft Minesweeper is different for Italians.