Might & Magic: Clash of Heroes is an HD remake of a 2009 Nintendo DS game, featuring a unique mix of puzzle-solving and turn-based strategy with cute, anime-esque art style. Puzzle Quest, anyone?

Several unused backgrounds can be found in archives/data.zip: 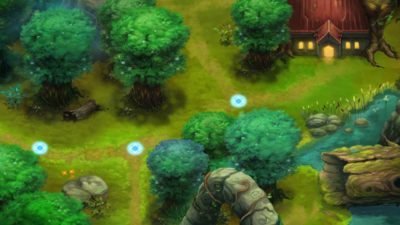 Oddly cropped image of an early rendition of the first map in Sylvan campaign. The movement nodes look vastly different and most of the objects, including the trees and the stone arch leading to a hollow tree trunk, were redesigned completely for the final version. The lighting and coloring are also different - more saturated and neon-esque. 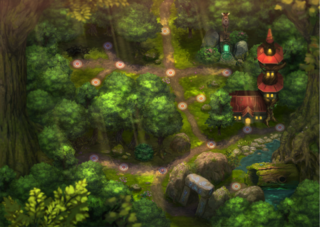 Same map as above, but uncropped and a bit closer to the final look. Differences include: movement node, Deer creature dwelling, cave and building designs. The unique "resource" nodes and between-map movement nodes are missing entirely. The tree trunk on the right is covered by a leafed branch that's missing in the final version. Additionally, the patterns on the stone portal are blue instead of green, the leafed branch in the lower left corner was redrawn for the final version and the godray and spark effects are baked into the image rather than placed on top of it as animated sprites or in-engine SFX. 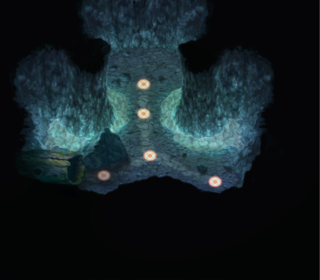 Early rendition of the second map in Sylvan campaign - a damp cave. Movement nodes are similar to the ones seen in BGColor.dds, but orange instead of blue.

Found in archives/sprites.zip (under /adventure_actors/sprite_temp_npc sub-directory). Two grayscale images derrived from Anwen's overworld sprite. Judging by the directory, they were used as temporary placeholder sprites for the game's non-playable characters (quest-givers, flavor-text NPCs, non-interactive "extras") before their final sprites were drawn and implemented.