Monster Rancher has a rather unique mechanic where the player must use other CDs to get new monsters. Then, these monsters are used for raising, breeding, and battling.

Track 2 of the CD contains this crazy techno music. This is likely a filler track borrowed from another game.

Contained on the game's disc is a PS executable named ANM3DCHK.EXE, which would have allowed developers to see 3D animations. To boot this program, you need to change the BOOT parameter in SYSTEM.CNF to load this executable instead. 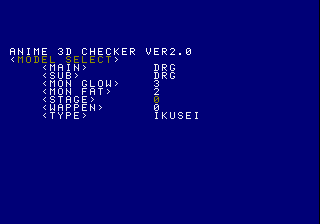 This is the first screen upon booting the executable. This menu can be controlled with the D-Pad, and pressing Circle switches the next page. 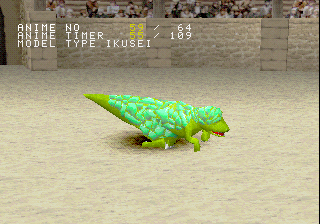 Displays the 3D check screen after the load screen. It can do as follows: 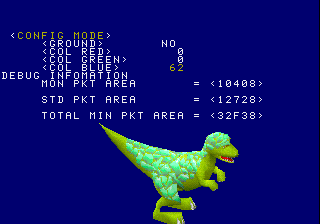 CONFIG MODE can change the background used for the viewer. Press Select to switch the first screen.

The background art in the title screen is zoomed in and focused on with a flare, removing the emblem on the right. The resolution is slightly higher in the US version. The copyright statement also has a different font.