Mortal Kombat is a fighting game that had a strong following, caused a video game violence discussion at the American Senate level, and also was in competition with Street Fighter II.

(Converted to letters, these numbers spell out "EJB ABCD".)

The timing on this code is extremely tight, so you might have to try multiple times before it registers. The following MAME codes will simplify the code to 2P Block, 1P Block (×4): 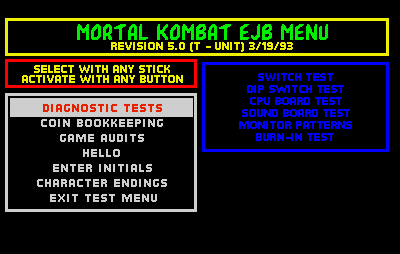 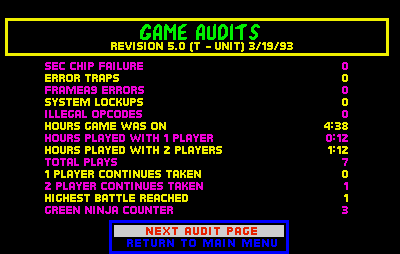 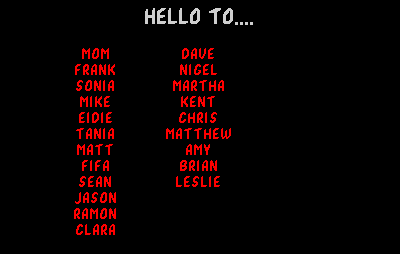 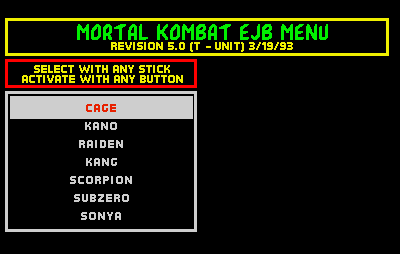 Goro turning to stone and breaking. Possibly meant to be used as a dying animation.

Shang Tsung laughing, which may have been meant as a win pose. Shang Tsung does laugh in the sequel.

Shang Tsung actually using his sword. It has been noted in the past that he was originally meant to have a Fatality where he beheaded his opponent. He does get to use a sword in Mortal Kombat: Deadly Alliance but not as his fatality.

This track is used in prototype versions 8.0 and 9.0 when Goro first appears. For whatever reason, the released versions just play the Goro's Lair track again. The track is still in the game, however. 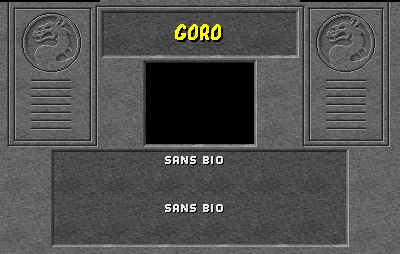 Possibly a placeholder for characters whose bios hadn't been written yet. If you force the game to load the values for what would be Shang Tsung's and Goro's biographies, this text will be displayed. Since they are bosses and the game won't ever display their bios normally, they probably just plugged in SANS BIO for them.

Most likely a leftover text from another game.

There are two unused audits in the game. Audit text starts at 0xC1FC6:

" S TAKEN" is probably a coin counter, while "DOOR SLAMS" would count the number of cabinet tilts. Similar audits appear in other Midway Y Unit games.

This credit was discovered in-game on May 10, 2021 by TotalMK on YouTube. In order to access it, the player must hold down High Punch while inputting the above EJB menu code. Note that the screen will disappear and return to the EJB menu when High Punch is released. 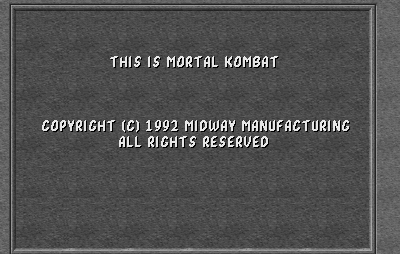 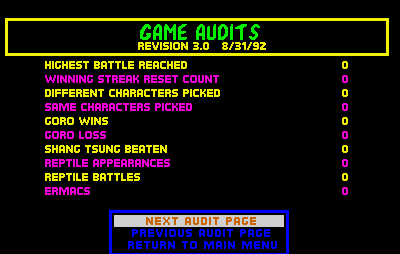 Present in the audit menu (but only in the Y-Unit versions) is a listing for "Ermacs" which, due to being under the Reptile listings, started a popular rumor that Ermac was a hidden character that would be fought/unlocked when certain conditions were met. In reality, "Ermacs" refers to "Error Macros", a log for the developers for when the game crashed unexpectedly...but in the final version the counter can't actually go up and is just for show.

A number of different versions of MK1 were released over time.

Dated August 9, 1992. The first official release of the game.

Dated February 11, 1993. This update was actually more than just a ROM chip replacement: The game was ported to the newer "T-Unit" hardware used by Mortal Kombat II.