In Nancy Drew: Secrets Can Kill, you must discover who murdered high school student Jake Rogers by questioning classmates, searching for clues, and avoiding being killed yourself. Or, as an alternative, you could figure out whodunit by reading your aunt's book on flowers. Whatever works, really.

Saw an updated release in 2010 for the 80th anniversary of Nancy Drew as Nancy Drew: Secrets Can Kill: Remastered.

Hidden in BOOT.dat (the file used to start the game, found in CifTree.dat) is a collection of quotes from the developers of the game. Lines are broken up in the file by a series of null characters.

An unused stopwatch cursor icon appears in both OBJECT0.tga and TOOLCUR1.tga (both in CifTree.dat). This would have most likely been used as a wait indicator.

These pictures are used as part of a testing mode that evaluates your computer's handling of the game. To access this testing mode, change the line in game.ini from

static1.avf is this static animation, which would've been used between clips on Jake's video. static2.avf is used instead for this purpose. The only perceptible difference is a split-second of a stutter in the unused animation where the snow apparently stops moving. 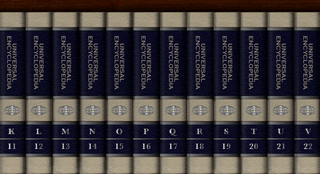 This closeup image of a bookshelf is never used, despite another useless bookshelf that can be zoomed-in on in the game.

These are the selected versions of the icons on the computer in the teacher's lounge. These are never used, because the various shots of the computer screen already show the proper icon as selected. 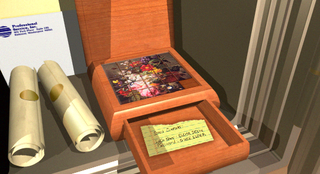 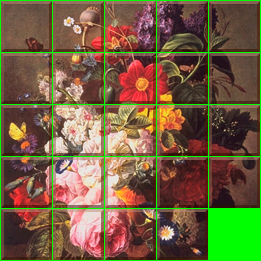 These two pictures show off an unused 5x5 variation of the slider puzzle in Aunt Eloise's safe. Aside from the tiles, the only other remnant is this shot of the 5x5 version after it's been opened (no closed version exists like for the 3x3 and 4x4 versions).

On Disc 2, there's an earlier version of Jake's padlock. It has placeholder graphics for the tumblers (the final game has the tumblers separate from the image, which is why the final's tumblers are blank), and lacks the polish of the final render.

D06.avf and D2.avf are unused versions of D6.avf and D02.avf, respectively. The difference is the lack of a burger in the picture hanging in the upper-left.

There is an unused version of the vent exit, where the outside scenery isn't visible.

The lighting of the boiler room from the vent entrance is different, highlighting the cup on the crate in the final. The vent grate off to the side is also different.

Her Interactive's previous game was Vampire Diaries, and there are some leftovers from this game. Note that these images originally had a green background. This has been changed to black for your sanity.

These two gothic fonts (2FONT.tga and 4FONT.tga) don't appear in the game, but seem appropriate for Vampire Diaries.

These 6(!) credits images, CRED02.tga through CRED07.tga, are in a very different style from the actual game's credits (in CRED01.tga). As evidenced by the last image, these come from Vampire Diaries. Interestingly, the song "Precious Life" still exists in this game, as "Twist and Fall" on the jukebox.