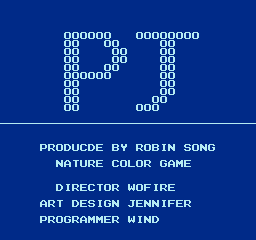 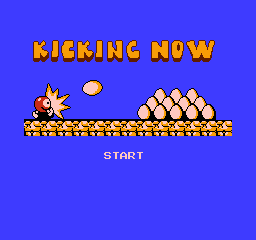 An alternate version of this game exists (with a much better title) that replaces the title screen and recolors the intermission screen, making the text much harder to read. The code to access the credits screen was disabled in this version.