A town builder within the Neopets universe that is somewhat glitchy and features models that some would consider to be uncanny. 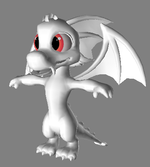 A fully modeled Draik with animations and textures has been present in the game files since launch but has never been implemented. The Draik is used in prerendered scenes such as the visiting town image and the intro movie, but is never made obtainable. No dialogue for the Draik has been implemented. 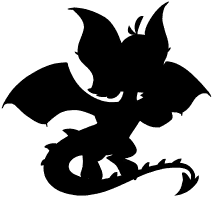 An image of the Draik's stock pose from the Neopets website is also used for when a zone is to be unlocked and a preview is given for the pet to be unlocked there is present in the files as well but is unused. Dialogue for the Draik was added in July 2021.

Versions from February 2022 and beyond remove all of the textures and the model relating to the Draik. Despite this, the game's opening cutscene and visitng town screens all have the Draik present still.

An example image of a Hissi was created as well as full dialogue added for them, but is not implemented into the game. Textures and a model were added in the files of the 1.1.7 update, but remain unreleased. The model and it's textures were removed in February 2022. 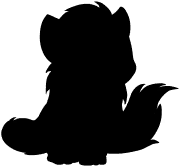 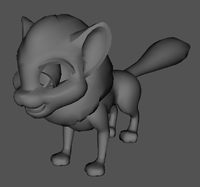 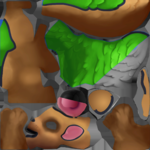 Similarly to the Draik, a Xweetok would have been implemented into the game as a pet unlocked through unlocking a new zone after leveling up. In November 2021, a model and texture for the Xweetok was added, but was later removed from the files the following month. 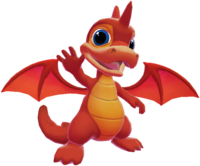 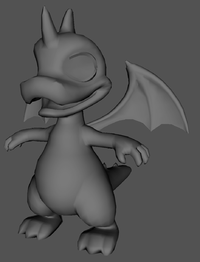 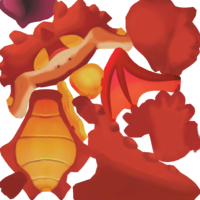 A pointer for a Scorchio titled "scorchio.json" was added to the game in early 2021, and later a stock image of them was added in the 1.1.7 update's files, but no model or textures were added until November of 2021, but they would all later be removed in December 2021. 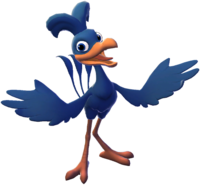 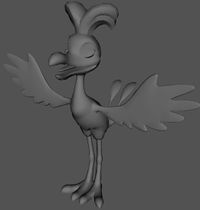 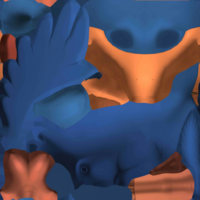 A Lenny was added to the game files in November 2021. Only a blue texture was made and no animations or dialogue were published. The Lenny was later removed in December 2021. 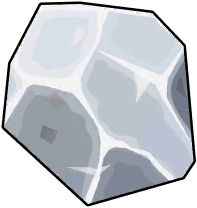 Internally named "raw_crystal". Depicts as it says, a raw crystal. 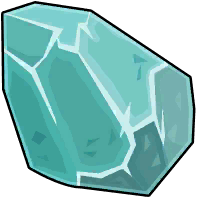 A green paint roller with leaf designs on it. It notable uses an old art style that the rest of the Paint Rollers don't use. Despite being unobtainable, it was once able to be requested in the Trading Post. 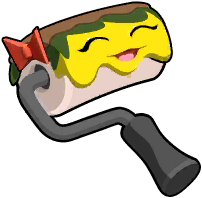 A Paint Roller depicting Skippi Snips. There is no other internal data that mentions or uses it, so this may be a developer joke. 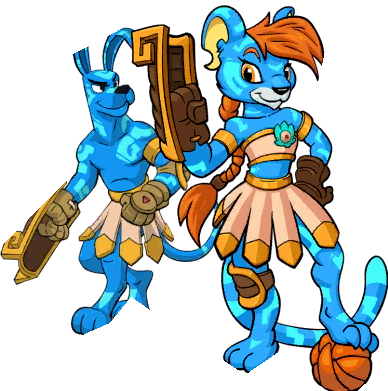 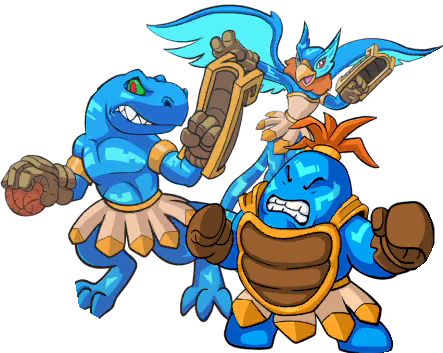 Early designs for the teammates of Team Dacardia that appeared during the Altador Cup event that took place from June 9th, 2022 to June 30th, 2022.

The early designs show all of the pets painted Blue with light blue markings. The original team outfits had the players wear a leather-strip skirt with gold tips, an ivory top for female players, and have orangey-gold metal accents (e.g. bracelets, kneepads). In the release version, the designs were revised to have all pets use a darker color scheme and the skirts are changed from leather strips to more conventional fabric and gain brown body wrap on their limbs.

Version 1.3.8 of the game added an early UI of the Altador Cup event, and featured artwork of the Grarrl and Gelert on the team, notably still in a somewhat sketched state. The Grarrl in particular uses a more vibrant color scheme and is more muscular compared to the final version.

The star seen in the Neopets logo is a separate image and isn't used anywhere, bafflingly.

A simple image of a brown cracked circle internally titled "artboard_44.png". What this could have been used for is anyone's guess.

Unique interaction icons for areas that were created but are never used.

Purple gems simply titled "gems" internally. These were initially going to be used as the premium currency for the game, as seen in the SDCC 2019 demo, but the final game replaces them with Crystal Neggs.

The materials icon, again from an earlier stage in development. Note that it's split into 3 sections: brown, blue, and gold.

A material, but blue. Internally named as "lvl2" or "rare" material, indicating that early on, materials were going to have specific rarities and would have been likely used to build objects that required such materials.

Another variation on the materials, except this time it's gold and sparkly. Internally labeled as "lvl3" and "superrare" material, similar to the aforementioned rare material. 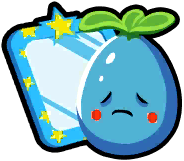 An icon for an upset pet requesting their appearance to be changed. Given the overall expense and time to craft and/or obtain Hats or Paintbrushes, it's easy to see why this was scrapped. Additionally, no pet texts internally have dialogue for such requests.

A Negg smiling with it's eyes open.

Icons for additional levels of happiness from 4 to 6 depicting Neggs with crowns.

A fanciful present named internally as an "epic" gift that was never implemented unfortunately.

Noticably crude icons for generated food and Power Neggs from the Omelette Slab and Power Plant, but this functionality does not exist and is only used by Amenity buildings where pets are sent to in order to not be unhappy.

A rather content looking smiley face. This was used in the SDCC 2019 demo.

A food icon that's an apple. It likely would have been used when more diverse food was in the game other than Omelettes. Also used in the the SDCC 2019 demo.

An odd looking version of the happiness icon that shows the Negg with lighter colors and open eyes. Again, used in the the SDCC 2019 demo.

A fancy UI designed for subscribers of a canned monthly subscription feature that was shown in early development, but never made it.

Additionally, associated presents were created for this feature. 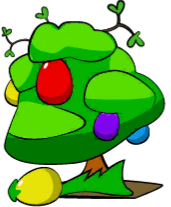 A crudely drawn bush with Neggs in it. 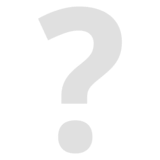 A group of four stock images likely used as placeholders during development. They consist of a smiley face (named as "Mr Smiley Face" in the original file), a gray question mark, a blue question mark icon, and an arrow.

A simple loading icon that was never implemented. That is all.