This is a sub-page of Nintendogs.

Present in Scene/gametitle. An early version of the logo. The kanji transfers to "working title".

Present in /root/Scene/objtest.narc/ and /root/Scene/ogtest.narc/. An early version of a clock design that never made it to the final game. Interestingly, there is a third handle which likely represented seconds as seen in pre-release material. 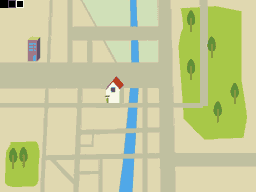 Present in /root/Items/TestWalk.narc. A very early version of the walk map, which almost seems like a rough draft. Parks weren't present, and the roads seemed to have gone through them. A building on the map resembling the icon of the Interior Decorator can be seen, which may have been enter-able like the Discount Shops.

While these aren't actually unused (they mark the positions of trash, dogs, items, and warps {parks, shops, etc.}), they aren't visible in-game. 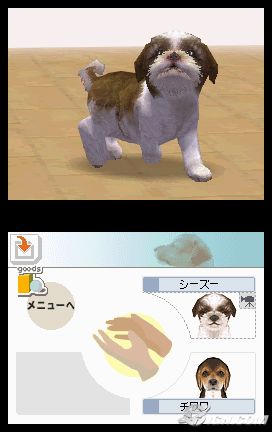 An early version of Bgl_a.nce.bncd, Beagle's icon for Variant 1, used by unused dog breeds and missing variants. It can be seen on early screenshots. 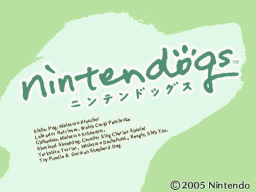 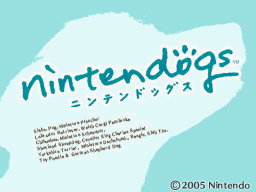 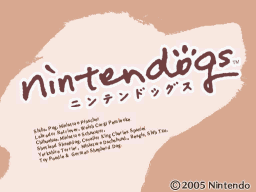 Three, to be precise, representing different versions. All of them are the same, but with a different palette. The early logo can actually be seen in a Japanese trailer. 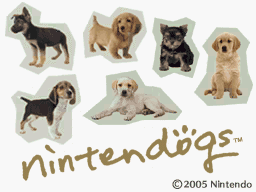 Only used in Best Friends, but left unused in the other versions. It was replaced with the Dalmatian title screen in Dalmatian & Friends. 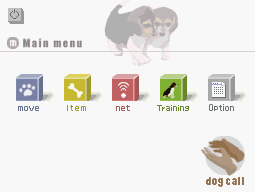 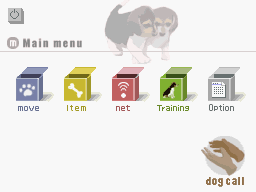 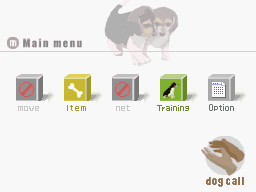 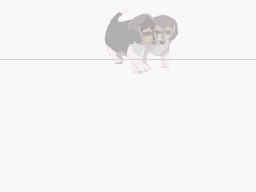 Present in a NARC called cns_clock, the file doesn't have a palette. 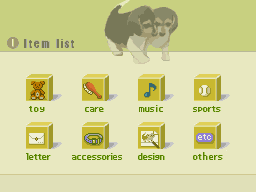 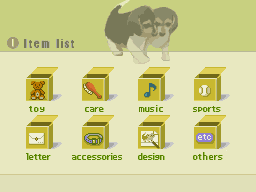 More buttons available in the item menu. The menu for clocks isn't found there. Interestingly, two more buttons called Letter and Design were added. It looks impossible to exit the menu because the Exit button is missing.

An alternate version of the final Item menu. The banner and name is different, and the paw's textures are unused. 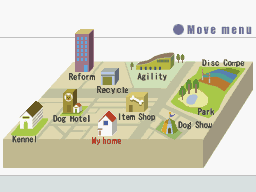