Note: All files have their extension changed to .TIP in the Simple 1500 revision. While the new files seem to be compressed, it is presumed what they contain did not change.

CHARA/FACE02.TIM contains an early portrait picture set for the character Puchamaru. Notable differences include a nearly completely different set for the lose portraits. 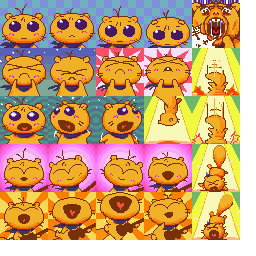 Assets BAK10.TIM to BAK13.TIM in folder HAIKEI are leftovers from a demo of some sorts. 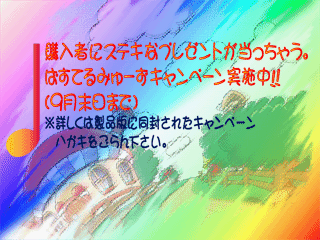 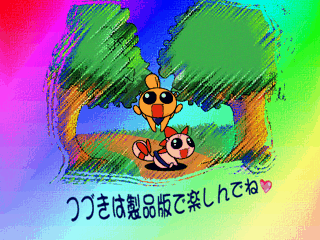 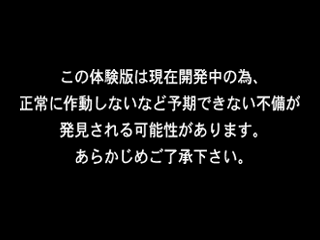 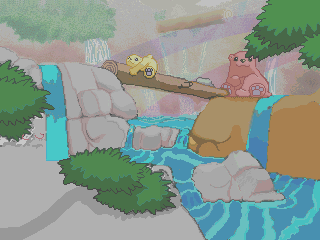 The file LBAK.TIM in folder FILE/HAIKEI is a placeholder graphic featuring a stick figure in a book page. 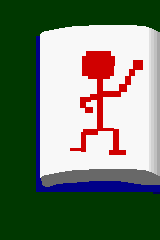 The file SSEL.TIM in folder FILE is an assorted set of crudely-drawn icons. 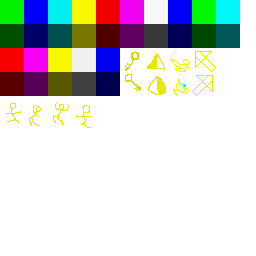 Several placeholder sprites for the game's characters can be found in the folders TEKIH and TEKIL.

Note: None of these codes work in the Simple 1500 revision, though whether the features can still be loaded is unknown.

Press Up, Down, Left, Right, then X in the title screen. When entering the Hitori de Muses mode, the player will be redirected to a rather plain level select screen. Left and Right changes the ID, which varies from 01 to 14, and Circle selects it. 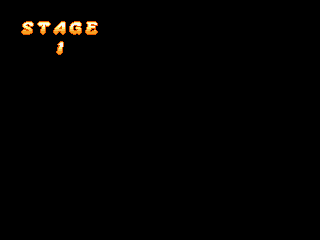 In the main menu, highlight the Hitori de Muses mode and, while holding Select, press Circle, and don't let go of the buttons. The player will then be redirected to an animation viewer.

Press Up and Down to navigate through the options, and Left and Right to switch through them. Pressing Circle applies the changes. 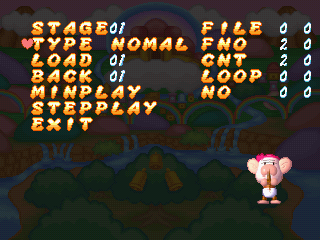 The options are as follows:

The parameters on the right are as follows:

On November 18, 1999, Pastel Muses was re-released as part of the D3 Publisher's Simple series, under the name of The Puzzle. The differences between the original and the re-release are listed below: