Peggle Blast is a new version of Peggle Deluxe for mobile phones.

A early graphic of a Fever Star having the Peggle Deluxe design.

A flat version of the Origin logo.

A early graphic of the shooter orb having the Peggle Deluxe design. 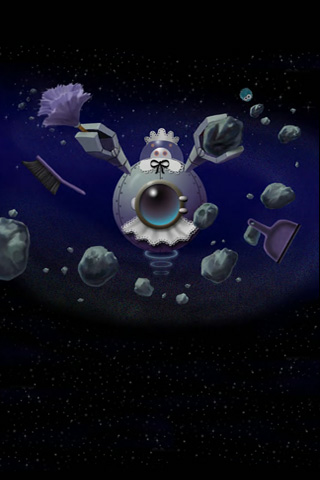 A background for a cheats menu.

A early version when a ball hits a Bonus Peg. Note that the text is part of the image. 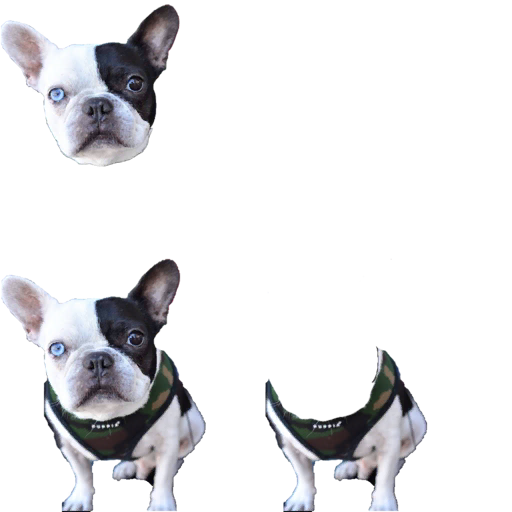 A dog what appears to be the pet from one of the game developers.

Apparently a button for a debug menu is hidden off screen. A multi-colored gradient box is also present on the bottom right, probably to test how the colors showed up in-game. Appareantly, the debug menu has more options below, but you can't scroll down any further. You can easily see it by forcing the game in landscape.

Back - Exits the menu, although the button disappears and can't be used until the next game/screen.

Select Level - Exits back to the world map.

Tap to shoot - Not exactly sure what it does, as nothing changes if you turn it on or off.

Zoom on hold - Toggles the zoom feature on or off.

Show full guide - Maybe something to do with the tutorial?

Decelerate on slow pan - No effect.

Use smaller ball - Decreases the size of the ball if enabled.

Show framerate - Shows the framerate on the top left, although the button may become buggy and won't toggle until next game.

Show debug display - Displays text on the level's settings and how many times you've lost.

(This one does not appear on the menu, but can be edited in your save file.)

Auto-complete transactions - Probably has something to do with in-app purchases.

(These toggles are off screen, but can be edited from your save file.)

Get full lives notification - Notifies you when your hearts are filled up.

Get challenge notifications - Notifies you of new daily challenges.