Persona 3: Dancing in Moonlight is one of two sequels to Persona 4: Dancing All Night, basically, the Blue to Persona 5: Dancing in Starlight's Red. Both games were probably made at the same time, as several bits of the content shown here is shared between the two. Oh, and the Persona 3 cast presented for the first time in HD.

Unseen/unused unlock conditions for DLC costumes and accessories. Odd ones out are Lawson Costume, Midwinter Yaso Costume (both from its predecessor), and Winter Shujin Costume. 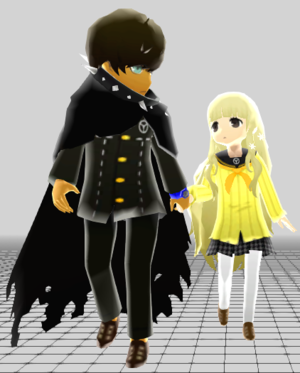 Unused HD models of Zen and Rei, from Persona Q: Shadow of the Labyrinth from the unused stage mentioned below. They are missing their walking animations. 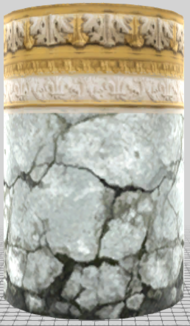 Found in the PlayStation 4 version, renders of a tall pillar and a wide pillar, named uv_ani_max.GFS and uv_ani_maya.GFS respectively. Likely test models due to their textures named test01.dds. The names seem to be after the 3D modeling programs, 3ds Max and Maya.

In the PlayStation 4 version, assets from the game's Music Videos, The Battle for Everyone's Souls (Daisuke Asakura Remix) and Memories of You (ATLUS Meguro Remix), are left unused in favor of video files of them.

There is a stage based on Persona Q: Shadow of the Labyrinth's ending credits, where Zen and Rei walk as scenes from the game (either Persona 3 or Persona 4's side) scroll by. This was meant to be downloadable content for both here and Persona 5: Dancing in Starlight, but the content was released as a video file with a separate audio track instead, thus leaving the stage and the models unused. The stage itself is still functional via modding, although it's "longer" than most songs so it's not possible to see everything in it, but trying to load Zen and Rei crashes the game. This stage is only found in the Vita version. 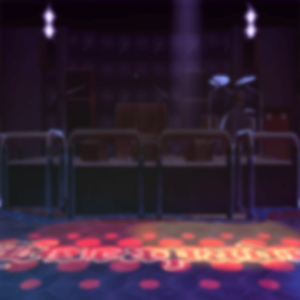 Internally, a stage labelled 102 is missing; Any trances of the stage are deleted except for a stage thumbnail, thankfully named bg_102. It is of Club Escapade from the source game.

A simple debug font found in the game's executable, commonly found in other recent Atlus games using the same engine. 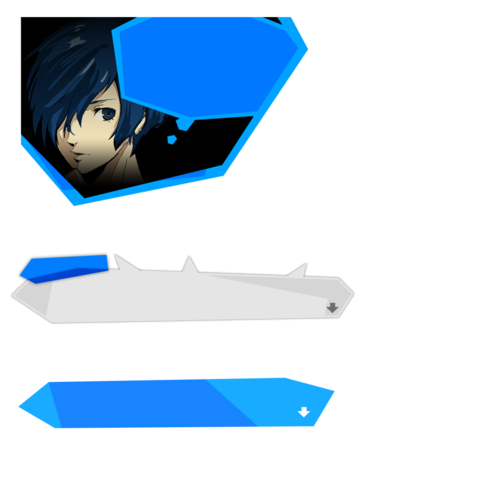 In data\event\tool_bin\evtTools.bin, there is a test image of a set of dialogue boxes featuring a roughly sketched Makoto Yuki. 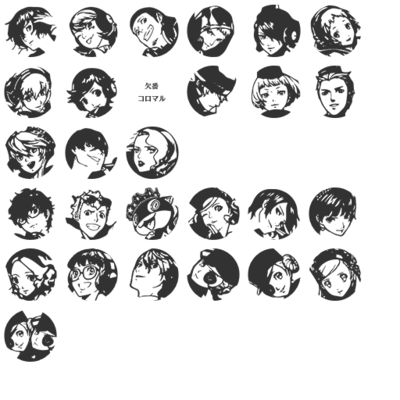 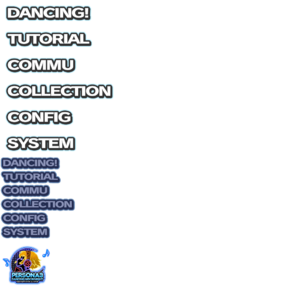 An early P3D menu. Final one bounces each letter. 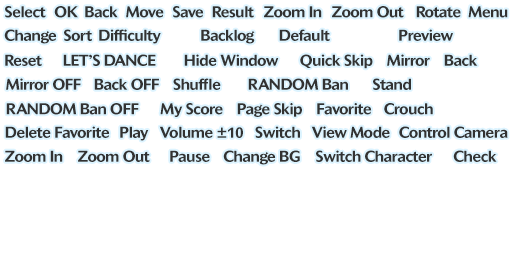 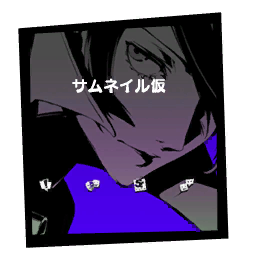 A placeholder thumbnail for the music video of Brand New Days.

A typo in Shinjiro's last name from the Japanese release. Strangely, it's fixed in the western release, but this graphic isn't used at all in it.

Sho's character ID is 114 internally, yet his voice clips in \sound\dance\dcommon.awb are under the ID 115; Everyone else's specific quotes for him uses the ID 114. It would explain why Sho is listed twice in the game's graphics. 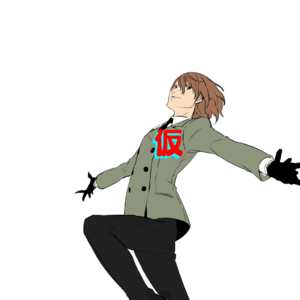 This unfinished Akechi art's filename is c109.tga. The above Dancer: Koromaru is dancer_109.tga, just after Ken (c108) and before Shinjiro (c110), suggesting that Koromaru was scrapped before any artwork of him was made. Any voices and references of Koromaru/109 don't exist in sound\dance\dcommon.awb.

Strangely, thumbnails for music videos from its sister game were made in their style. 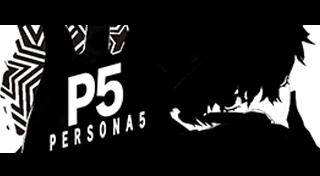 An unused save icon. This exact icon is also found in the PlayStation 4 version of Persona 5. 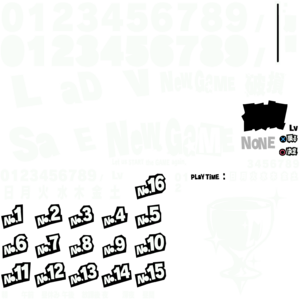 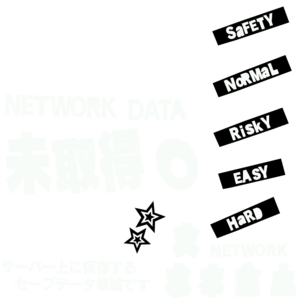 Leftover save and load graphics, likely a base for the game's cross-save function.

These revision notes are from the Japanese version. The western version is based on the 1.03 revision.