Phantasy Star Universe tried to be both a successor to Phantasy Star Online and the first single-player story-driven entry since Phantasy Star IV. Whether it succeeded on either end is a subject of debate.

The game has a testing area which contains various different types of terrain and surfaces.

The following font is present in the game but is not used anywhere. It is suspected that this font was used for some kind of debug display. 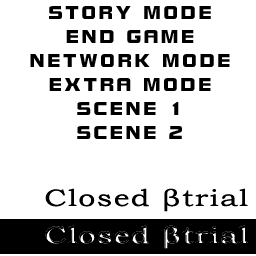 In the texture sheet for the game's items is a graphic simply spelling "Blank" in Katakana.