The cherries that the Cherry-Bomb leaves behind at Level 2 are considered their own plant. Their sun cost is 0. 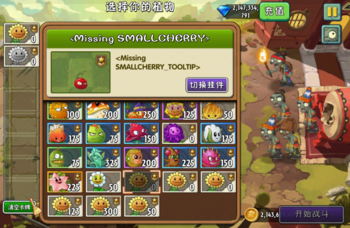 Likewise, the missiles Carrotillery fires after using it's Plant Food effect is considered it's own plant, with it's sun cost being 0. 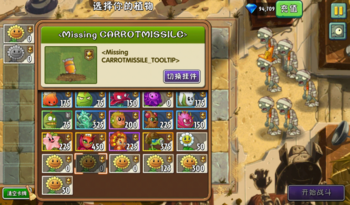 The chestnuts Chest-nut leaves behind are also their own plant. 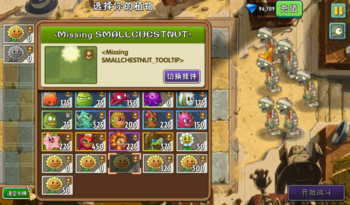 Marigolds can never be planted in the game, but have code relating to them being plantable, having a sun cost of 50. 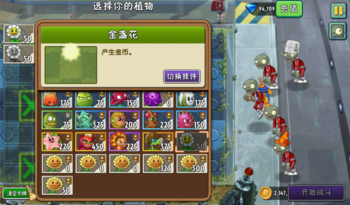 A completely unused plant with a sun cost of 123. What it would've done is unknown. 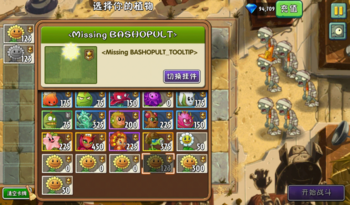 Another unused plant, added in the Lost City update. It is also found unused in the international version of the game. 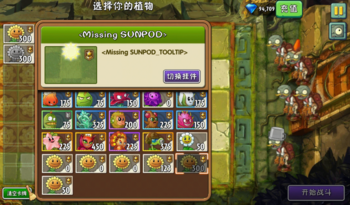 Another unused plant from the Lost City update. Like the Sunpod, it is also unused in the international versions. 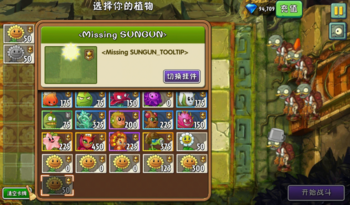 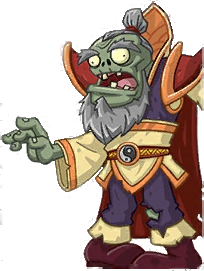 An unused boss meant for Kongfu World. All that's left of it is an almanac texture and a few text strings. 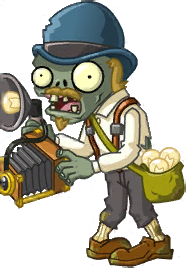 A zombie meant for the Lost City world. What it would've done is unknown, as although it was shown off in plenty of prerelease material, all that remains of it in the files is an almanac texture.

An unused minigame in the files. Zombies have double speed in normal speed gameplay but plants and sun have normal speed. In newer versions of the game, zombies have the same speed as usual.

Found in the v1.6.6 update, there is an unused level which was possibly meant for some sort of event. The file RTON name is "ProtectChristmas1.rton," and the level name text reads "周年盛宴" (Anniversary feast). 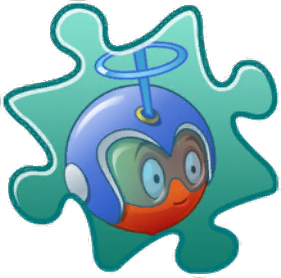 There exist unused color variants for the old level icons. The color scheme would end up being used for the rarity colors in the 1.8.0 update.

There are two unused types of shields in Sky City in the game's files, where one seemed to be made out of metal while the other was made of gold. They could have been used as upgrades to the regular barrier, or may have been just made as concept designs for the shield. 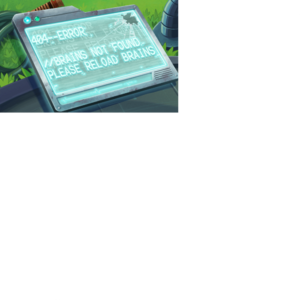 A note meant for Kongfu World, using Far Future's note as a placeholder.

Both Ballerina Zombie and Ballerina Imp were supposed to appear on the field with background music, similarly to Disco-tron 3000 and Pianist Zombie.

Present in the world textures for version 2.2.0 is some development text that is, for whatever reason, written in English.