A game starring a plumber, a Daddy's Girl, upside-down chickens, cruel bosses, and the attack of wacky filters? ...Whoa, unused content too?!

Talk about infamous games like this one containing unused content on top of being involved in killing the 3DO system!

Various slides in the game are not used, even though time was taken to snap them and either invert or throw surreal filters on them.

These images of John and Jane during their morning routines are skipped over.

The sequence with Jane's job interview contains these images of Harry Armis the Narrator, but the audio track doesn't have his voice in it.

The slide regarding technical difficulties (2012.BMP) is actually used during the scene in which Harry Armis recovers the story from Thelma's grasp, but exists here as an unused duplicate. 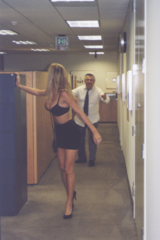 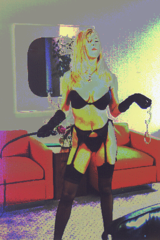 The "technical difficulties" disclaimer (named 2229A.BMP) is also here, once again a duplicate, once again unused.