An expansion disk for Pocket Monsters Stadium was planned, but was never released. The following error codes can be triggered supporting its existence.

As with the other two Pokémon games, there is code to display the rarity on the Pokédex Map. The rarity will be displayed as percentage, yet it is not accessible during normal usage. To see this, use the GameShark code 8016D877 0001 on the Pokédex Map screen to expose this.

While the next title did have support for team battles, this game was also planned to have team battles too, but was never finished on time. Needless to say, some code for the team select menu still remains in the game. 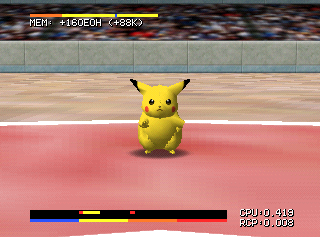 With a GameShark device, enter the following cheat code:

A very barebones menu for the Pokédex was left in the game. Most of the options don't function anymore and will send you back to the title screen.

With a GameShark device, enter the following cheat code: 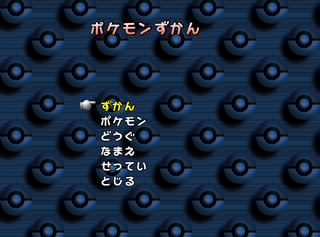