A home port of Konami's pop'n music 11 arcade game. It is notable for introducing the Character Guide mode, which allows the player to view the animations of characters, including those that are not normally playable.

Graphics for a placeholder song, which includes a banner, genre and artist labels, a background, and even character portraits and icons. Curiously, no in-game character sprites exist. The basic song information can be labeled as follows: 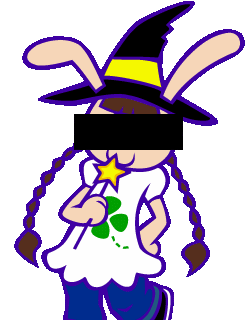 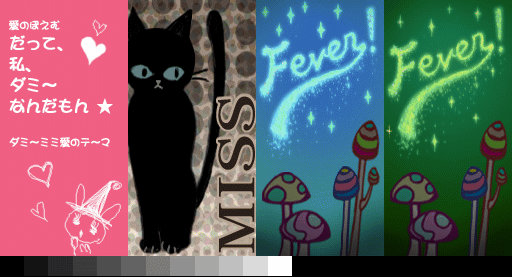 STAR TREK (and its URA version)

I REALLY WANT TO HURT YOU

Strangely, the file that would contain the sprites for his 2P palette, File 308, is a duplicate of the 1P palette archive. 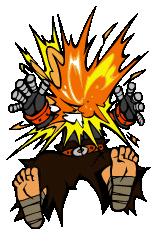 A thing to note is that this song made its arcade debut on the original release of pop'n music 11.

File 5 also contains some icons that don't apply to a specific song.

One of the mascot characters, Mimi. Seems to resemble her variant from pop'n music 2.

The MZD variant from pop'n music 2.

The MZD variant from pop'n music 7, which was used in several remixes from that game.

The character Lucy, whose sprites are present within files 479 and 480, have a leftover from her original appearance in the PlayStation 2 release of pop'n music 9. It would be seen in her Fever Win animation.

Files 617 and 618, which contain graphics from the game's Omake mode, have placeholder icons.

Multiple leftovers from the original arcade version of pop'n music 11 can still be found within the archives.

File 25
Sorting labels, meant to be seen in the character selection screen. There is also a graphic related to an internet ranking function from the original release.

File 26 contains leftover graphics for an early version of the mode/character/button selection screens. Some of these graphics are leftovers from pop'n music 10.

At offset 0xD41E0 of the game's executable are two unused song descriptions. One of them is for the Study Mode song, which normally is never displayed, and the other is simply a placeholder.