A home port of Konami's pop'n music 8 arcade rhythm game. It is known to be the first installment in the series to have some involvement by Konami's Shanghai branch, which contributed with some of the new character designs.

File 4 contains the assets seen in the game's title screen. Within it, are also some leftover graphics from the game's original arcade release, including those for the coin counter, the stage number indicator, and even for the shop number ID seen in the top right corner of the screen.

There also exists graphics for a "Debug" button, but the function itself does not seem to exist anymore. Using the following codes can make it appear in the title screen:

File 6 contains the character icons seen in both the mode selection screen and during gameplay when using the "Character Pop-kun" ojama. Many of these never actually seem to appear due to its respectivecharacters not being in the game.

File 34 contains the artist graphics seen when selecting a song. Much like the unused icons, there's a lot of unused graphics; many of them are arcade leftovers.

The character Elle [CS8], whose files are contained in Files 511 for the 1P palette and 510 for 2P, contain an unused sprite. Do note that the iteration of this character seen in pop'n music 4 has a similiar sprite seen in the song selection screen, as well as before the song starts in the PlayStation and Dreamcast ports of the game, and that, considering this new variation seems to be a redrawn version of that, this sprite could have simply been redrawn without knowing it was no longer used.

There's also three unused characters within the game's data; the Nyami variants for the songs Minashigo Hutch and THUNDER BIRDS, which are the two new licenses from the original arcade release that are absent from this home port, and the MZD variant from Oedo hanafubuki TEYAN-day MIX. This latter character can also be found unused in the arcade version, as that song is not present in there either. 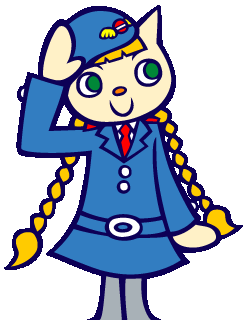 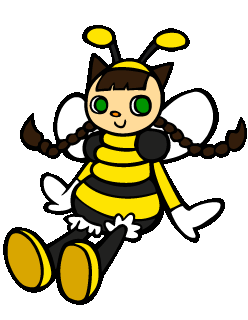 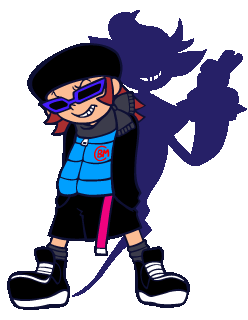