The PlayStation 2 release of pop'n music 9 is a port of the same-titled cafe-themed arcade rhythm game.

File 6, which contains sprites seen in the gameplay HUD, has unused icons to indicate that a song being played is from the first and second console releases. Do note that no songs from these games appear here, and that pop'n music 9‍ '​s original release used only one icon to notate songs from console releases.

The files 356 and 357 contain the character HAMANOV [CS9], as seen in the song Hell? or Heaven?. While this character is a modified version of HAMANOV [10], only lacking the bunny character pretty, her sprites, which are seen in the original iteration's DANCE, WIN and LOSE animations, can still be found unused.

There is also a placeholder character portrait that accompanies it at File 139. It's also labeled as "dummy", and consists of a modified portrait of Silvia [9], the character of the song Mori no kodou. 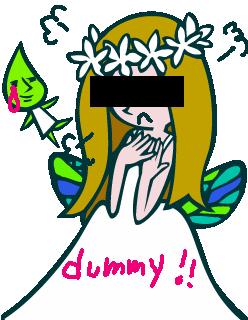 Files 421 and 422, which contain the sprites for the character TSURARA [9], also contain a placeholder sprite. Given the presence of a frog, it was likely drawn by artist Tomoko Shiono/shio.

There is also a placeholder graphic at Files 579 and 580, which contain the sprites for the character HOSHIO [CS9].

Within File 621, which contains the graphics for the many title tags seen during gameplay, are a set of 26 placeholders. In order, they are labeled from 513 to 526, then 528, and then a blank variation. 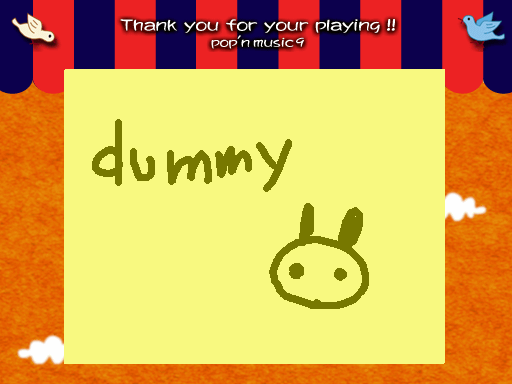 There's also multiple leftovers from the game's arcade release within the archives.

Contains graphics that are part of the arcade version's attract sequence.

In the arcade version, characters were sorted according to which game they originated from; console characters had a unified category. This is absent from this port.

File 6
It's worth saying that this home port does not seem to have a function to switch the song sorting mode.

File 712
None of the eight songs seen here are present in this port. Coincidentally, all of them come from pop'n music 6.