This is a sub-page of Poptropica.

Poptropica has created a lot of items. Some of them, however, are not obtainable in-game. All kinds of unused items will be listed here. 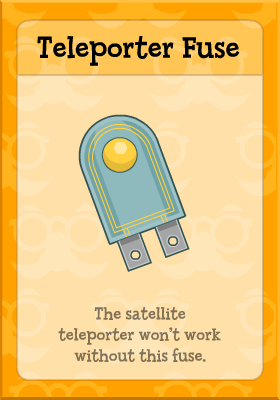 This item was planned for Spy Island. You would need it to use the teleporter that takes you to the B.A.D. Satellite, where you fight Director D. It would be used with the password that you get from freeing the trapped spies, but where exactly you'd get the fuse is a mystery.

A jewel planned for Nabooti Island. In the island as-is, the orange jewel is already in the museum when you start, and you can't pick it up.

Another Nabooti Island jewel. You actually do pick up a purple jewel on the island, but it's named "Purple Jewel" and it has a design on the top.

Yet another jewel planned for Nabooti Island. Similar to the Lumbar Jewel, a yellow jewel actually does exist on the island, but you can't obtain it. The Yellow Jewel doesn't even have its own item space; it's a sprite in the White Jewel's card. 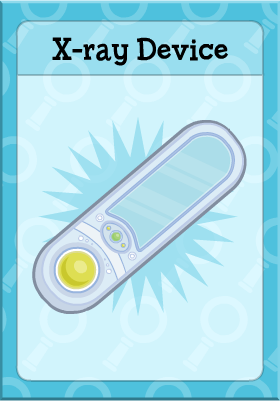 This item was planned for Counterfeit Island. While you do use it for a museum test and it appears when you examine the Van Gogh's Starry Night item, you don't pick it up in your inventory. It seems that you were planned to. This inventory item was probably scrapped for being redundant. 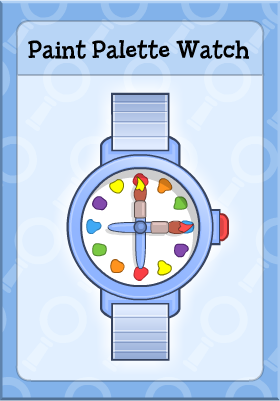 This item was also planned for Counterfeit Island. Not much is known about it, except that you wouldn't have been able to wear the watch. 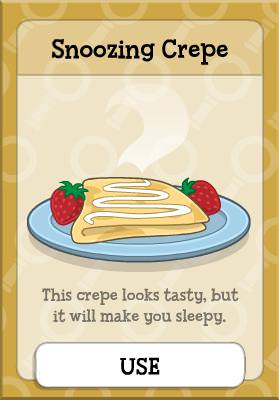 Another scrapped Counterfeit Island item. The file for this one is long gone, and it was replaced by the Page from French-English Dictionary item on the same island. This item would've been found in the Black Widow's guard room, where a dog was planned to be. The dog is now removed, and the crepe is hidden out of bounds. 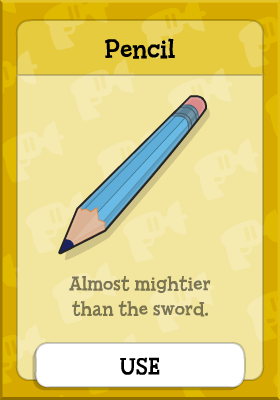 This item was planned for Shrink Ray Island. There is another pencil item that can be found on Mystery Train Island, but that's different. However, this item does have its own file for the AS3 version of Shrink Ray Island. 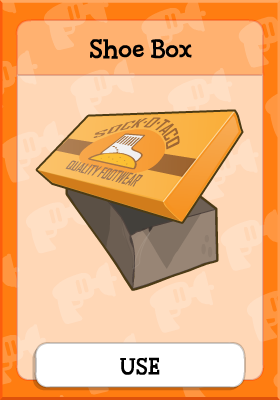 This item was also planned for Shrink Ray Island. Unlike the previous pencil item, it doesn't have its own file. 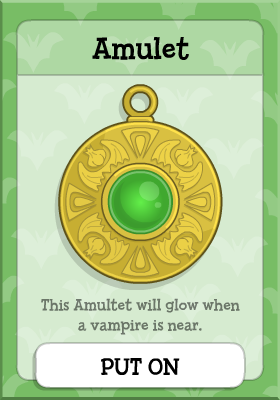 This is one of the more complete scrapped items. It does have a sprite, which actually glows. There is an item of the same name on Time Tangled Island, but that one is shaped like a hammer and can't be worn. 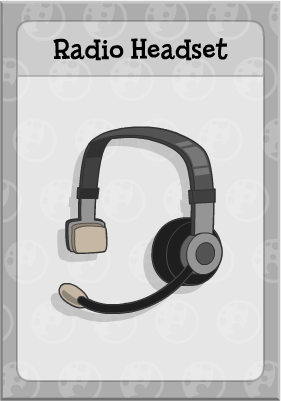 This item would've been found on Lunar Colony Island. Like the X-ray Device from Counterfeit Island, you actually do use it over the course of the island, but not as an inventory item.

Another Lunar Colony Island item. Unlike the Radio Headset, you don't use these at all. This item does not have a clothing sprite; it uses the Amulet sprite from Vampire's Curse. 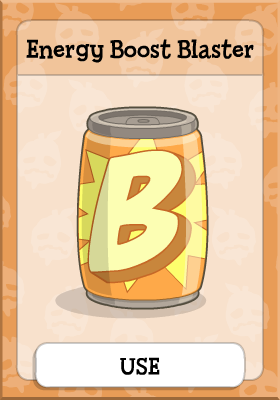 A Zomberry Island item. You'd find it in the Berry Delicious Smoothie Shop. It'd be used before you board up the door in Dr. Romero's bunker. A developer's portfolio specifies that Zomberries have a "relentless craving for sugary treats" and uses a picture of the item. 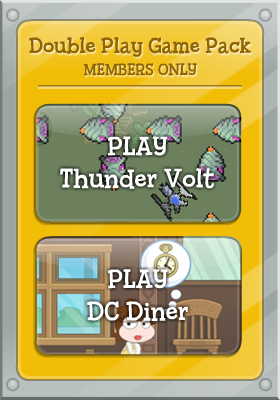 This members-only item has warps to two different games: Thunder Volt from the Bonus Quest of Wimpy Boardwalk Island, and D.C. Diner, a promo game for Mystery Train Island. 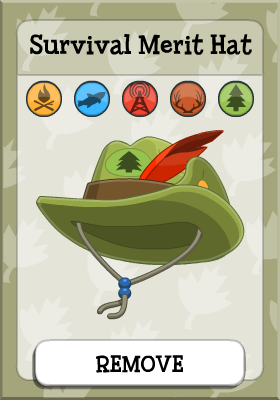 A unique item that had settings for each episode of Survival Island. This item was likely intended for the store.