From The Cutting Room Floor
Jump to navigation Jump to search
Translate this page
Other languages:
English • ‎svenska

This is footage for the game from E3 2002. It shows off the Skurge Challenge level. It has many noticeable differences. 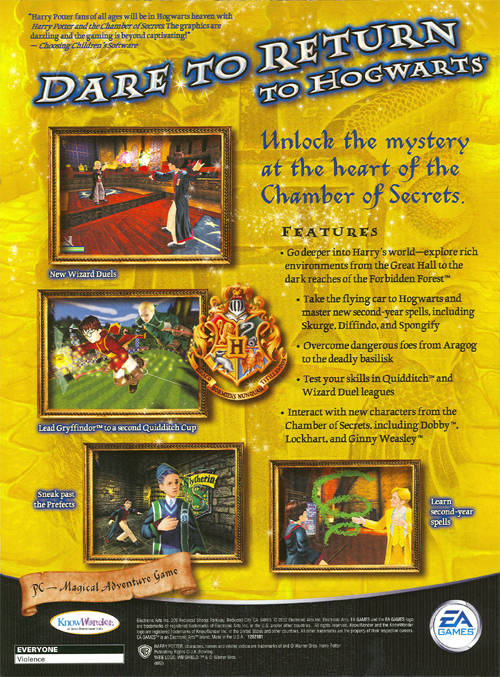 Those mockups and text hint at different gameplay. Gives a clue about sneaking against prefects, and controlling the flying car. Different animation. Doesn't mention the Rictusempra spell. 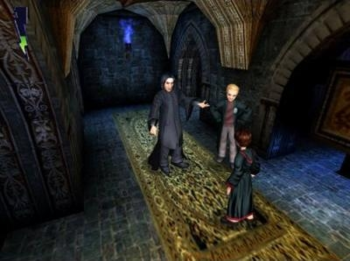 This mockup shows an earlier version of Skurge Challenge's map. Snape is in charge of the challenge. This image includes the prototype health bar. 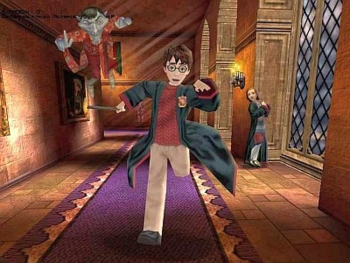 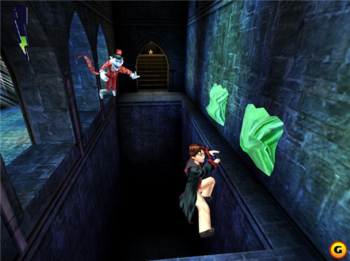 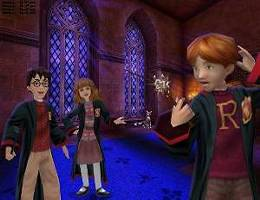 Ron's wand never breaks in the game, although it does in the book and movie. This image appears on the Windows installer. 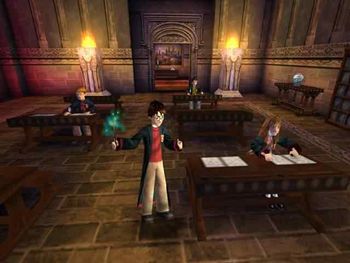 A newer version of this map has been released in the final game, although this screenshot was released years earlier, to promote Harry Potter and the Sorcerer's Stone.