Development on Mega Man Battle Network initially started as, strangely enough, a horror game, before transitioning to an RPG.

The earliest known build of Mega Man Battle Network has been dubbed a 'test build' by the developers; according to Masahiro Yasuma, the player would've started at school and talked to every person before they fought WoodMan, after which the game would end. Screenshots from this build can be found in various magazines. 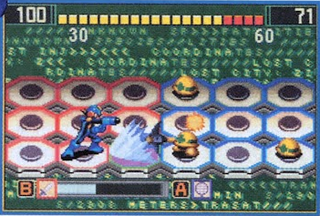 A virus battle; the HUD was completely different, having health bars and battle chips at the edge of the screen instead of on-top of the player/enemies. 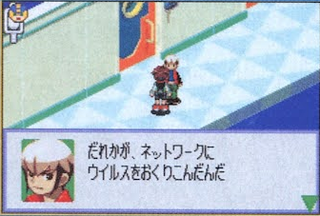 Apparently Chaud was going to be Lan's classmate at this point; his portrait here is slightly different, as is the PET icon.

Significantly closer to the final game, but still having plenty of differences:

Other Things to Add

WoodMan originally was MegaMan's classmate, among other changes.

Early versions of the Spreader Battle Chip (both the chip's art and icon) and Yuichiro's mugshot.