Metal Gear Solid: Rising is officially revealed to the public at E3 2009. Only a 45 second teaser trailer was shown, and it included little to no information about the game.

A new Metal Gear Solid: Rising CG trailer was shown to the public at E3 2010 showing a CG cutscene of Raiden fighting a brute and a gameplay showcase of the game.

This Trailer contains cutscenes with old models and unused gameplay.

A new Metal Gear Rising: Revengeance trailer was shown to the public at E3 2012.

Most of the 2012 videos about the game are pretty similar to the final game so there isn't much there to talk about.

Unknown build of the game with screenshots sent to video game websites.

In the trailer, there are slight differences that differ in the final release of the game:

Third and last before the final one, shown in the last trailer of the game before the release. 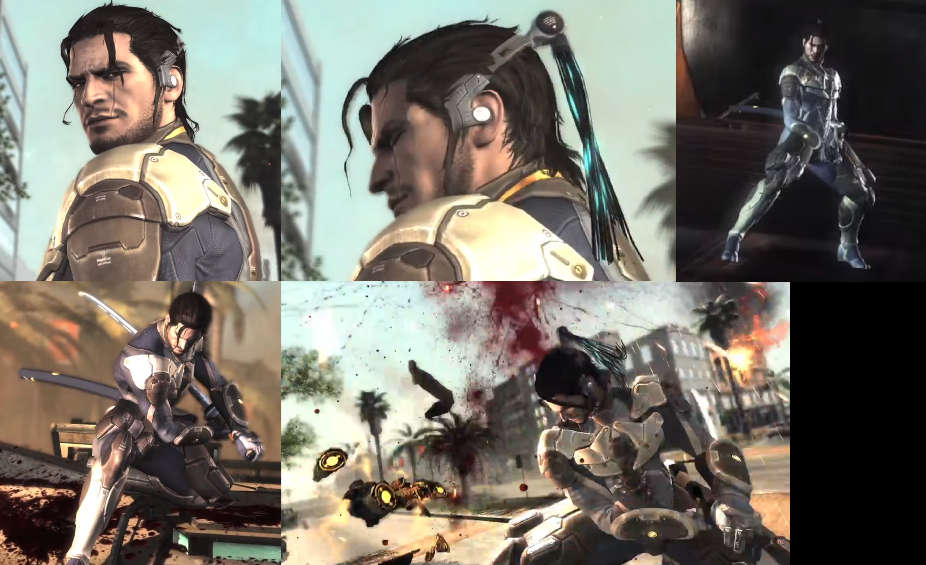