This page details prerelease information and/or media for Mission:_Impossible_(NES). 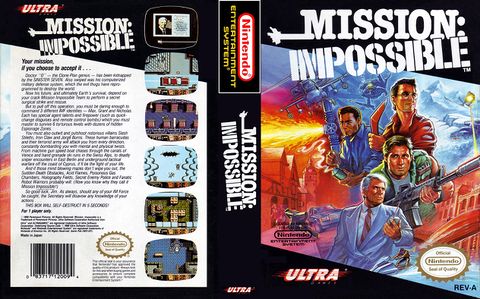 Each section of the front cover depicts a different stage in the game, except for the middle top section. Indeed, there is no underwater section or enemies wielding harpoons in the final game.

The life-bar appears more rounded than in the final.

The crates on the top left were modified for the final version to give room to maneveur. Furthermore, there is no floor pit at the bottom in the final version and it was replaced by an NPC giving details about doors.

There is no enemy boat at that point in the final version.

An extra enemy can be seen on the bottom right of this room.

Along the rows of armors, four holes can be seen in the manual, implying that four of the armored knights came alive. There are only three in the final version. 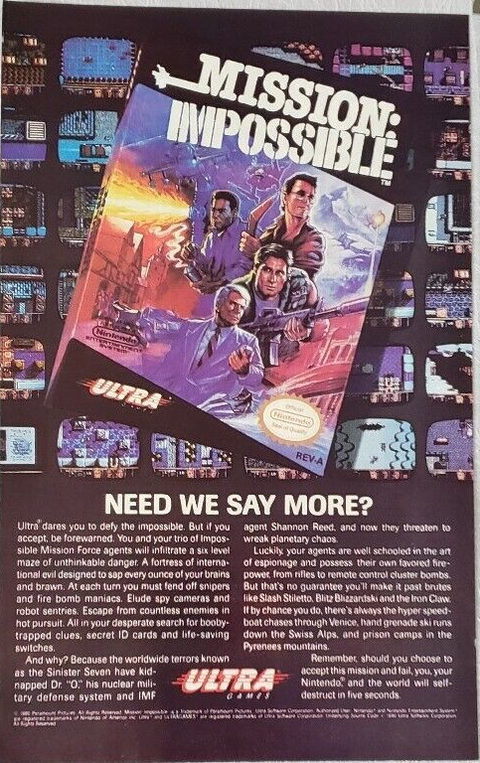 In the version shown on the advert, two of the statues are missing which would give more room for the player to maneuver. Also, the design of the statue on the right of the magnet differs.

Retrieved from "https://tcrf.net/index.php?title=Prerelease:Mission:_Impossible_(NES)&oldid=1241638"
Categories:
Cleanup > To do
Games > Games by content > Prereleases