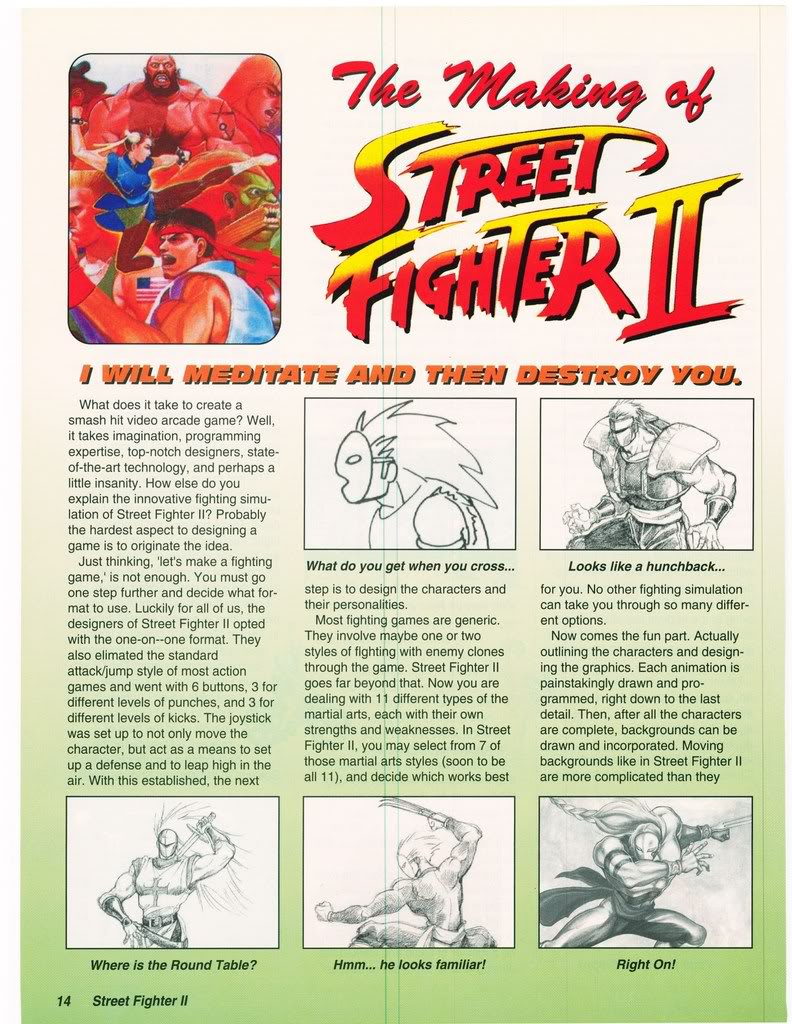 These pics are from EGM's April 1992 issue and show early sketches of characters that were used in Street Fighter II':The World Warrior. The first page shows various designs for Vega, first with a sword, then with his claws. 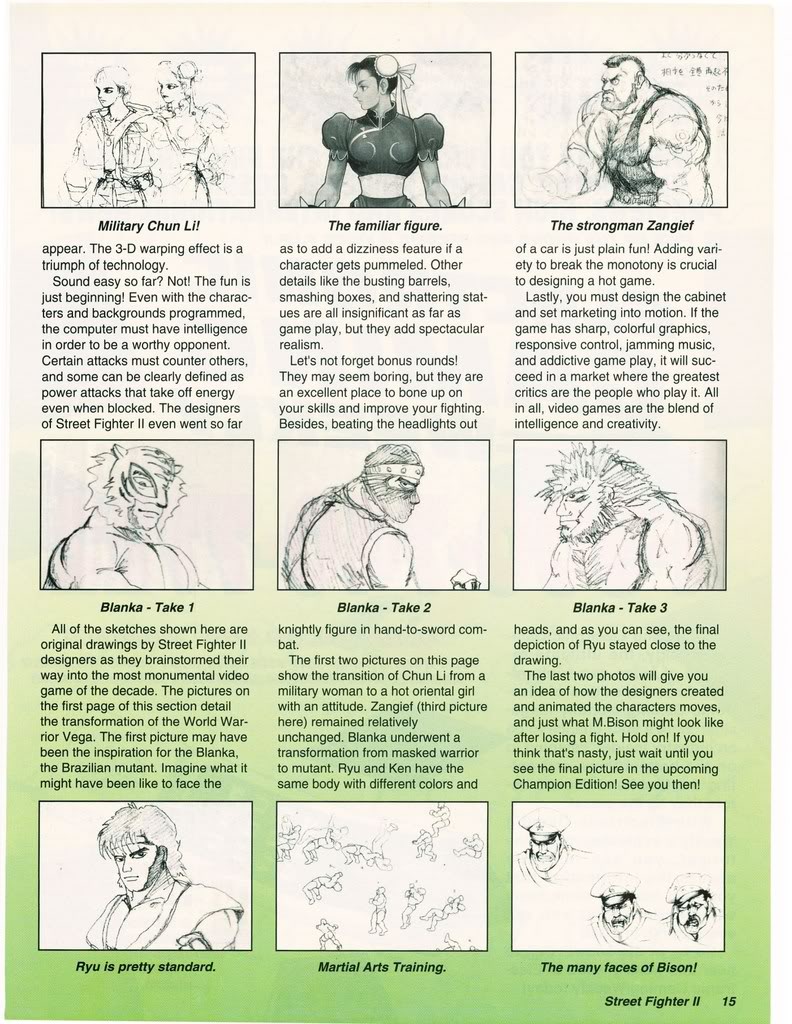 The second page shows more characters. Characters that look different from final are the military Chun-Li, and Blanka in various stages of development. This includes a tiger mask wearing wrestler, ninja, and Wolfman. The rest of the characters look pretty similar to the final design.