This page details prerelease information and/or media for The Legend of Zelda: The Wind Waker. 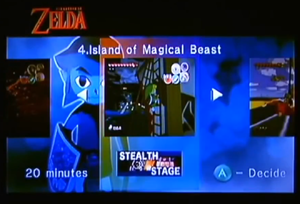 The select screen used for the demo shown at E3 2002 early playable demo. 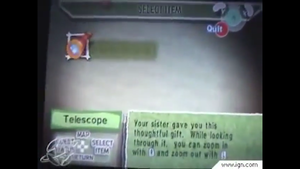